The scenes before the evening Holy Mass

In the hours before Mass, people gathered around the Grotto, where the Blessed Sacrament had been placed in the outdoor tabernacle within the sanctuary. The candle was difficult to see with the sun blazing into the sanctuary. But, the sign photographed in the first pic made it very clear, that Our Lord was present. It says,

Perhaps we should begin to place these on the pews within many parishes today, where noise fills the church before and after Mass, all the while Our Lord's presence is dismissed by those who opt out of resting quietly in Him - through holy silence, as they converse and laugh. I say this not to be uncharitable. Rather it is a statement of sad reality - one that continues to slowly change as people use the internet to learn. A growing crop of new priests who "get it", along with those who always "had it", are aiding in this effort, prompted by our beloved Pope John Paul II with the Year of the Eucharist. In going to various parishes for family purposes, I would say that some could use these signs for what has become the mid-mass social: The sign of peace.

Having experienced Mass with this extended to the people, and without (priest may opt out), I really do favor keeping the Eucharistic Prayer focused on Him, to Whom it is addressed, while acknowledging the sign of peace as currently legitimate, but in many places, totally out of control. Out of charity for the celebrant and people offering a hand to me, I always offer the sign of peace back to those in my immediate area when the priest asks us to share that sign of peace. 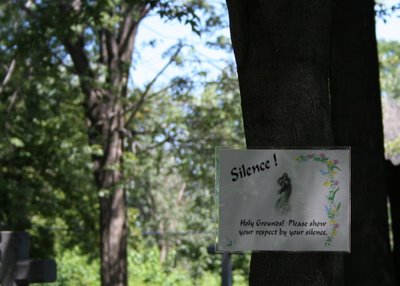 There were many communion stations. 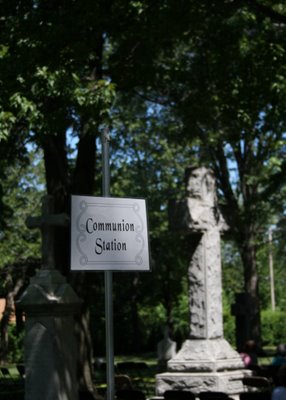 Candles that were purchased throughout the day, will be visible in many of these forthcoming posts. They are left there through today - The Queenship of Mary. Hence, they glow every year for about a week. People were able to put their intentions into a box at the front of the grotto cemetery entrance. 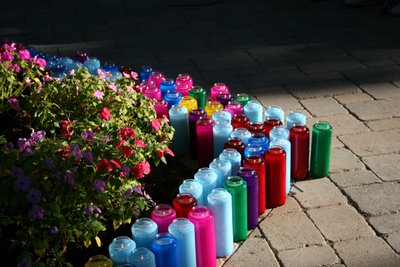 Candles are laid out for people to take as they get ready for Mass, with many verses of Immaculate Mary appearing on the shields. These glow brilliantly, and are raised as hundreds sing "Ave, Ave, Ave Maria!" 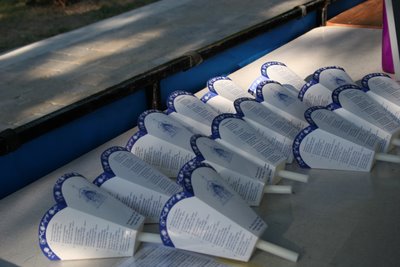 Well, I had wanted to get into the procession, but I am not prepared. I have some fantastic photos by Jeff, but still have not finished editing those of mine which need to be interlaced with his. When I have some edited, I'll post more photos.

Home
Posted by Diane Korzeniewski at 6:13 AM