The following photos are from fellow parishioner Jeff Williams.

Sacrament of the Sick

Following the Living Rosary, the priests offered the Sacrament of the Sick to those in need. Fr. Perrone reminded us that those seeking it should be gravely ill, or have chronic conditions, or be "up there in years". He also reminded us that, being a living sacrament, we should be in the state of grace to receive it. It is very different for those who are near the point of death and are unable to confess their sins, as opposed to those capable regaining the state of grace through the Sacrament of Penance first.

(Mark 6:13)They drove out many demons, and they anointed with oil many who were sick and cured them. 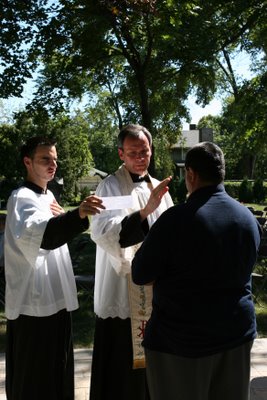 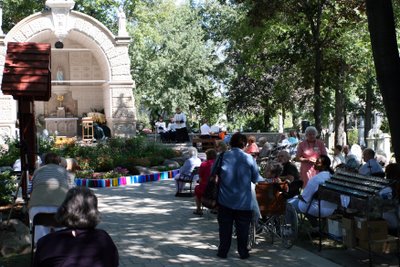 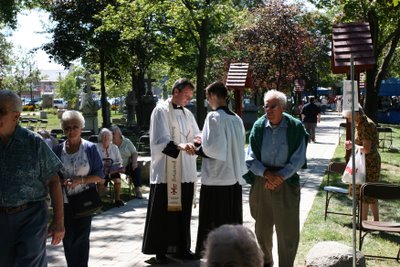 This is one of a few shots I took, but it was so dark I had to try to lighten it to salvage the photo, which faded it somewhat, in spite of taking up the contrast. 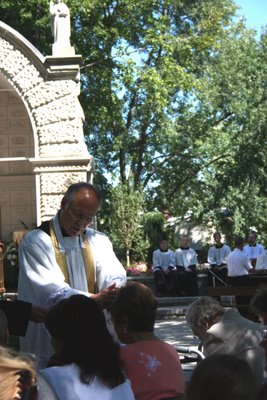 Later, or tomorrow, I will bring you photos that Jeff took of Benediction. Those photos are stunningly beautiful!

Posted by Diane Korzeniewski at 7:19 AM