Continuation of the 9:30am Latin Novus Ordo

The Eucharistic Prayer is done ad orientem at Assumption Grotto. But the priest turns several times towards the people.

The priest turns the first time as we enter the Eucharistic Prayer: 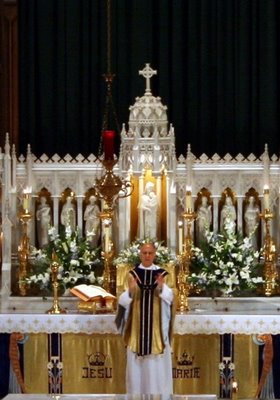 John 6:54 Then Jesus said to them: Amen, amen I say unto you: Except you eat the flesh of the Son of man, and drink his blood, you shall not have life in you.

My Lord and my God! 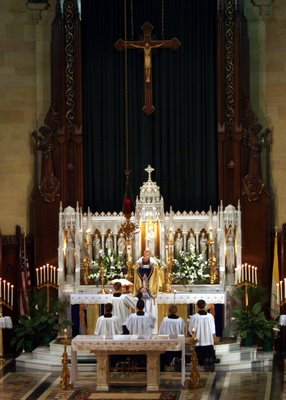 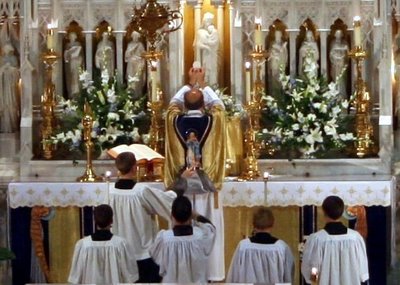 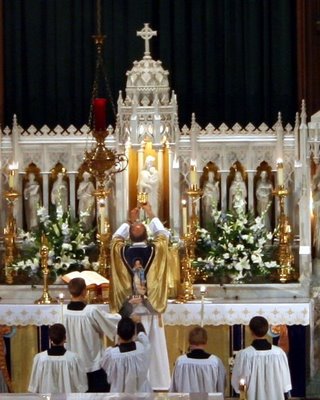 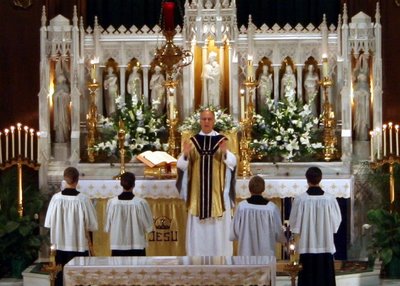 And he turns one more time during this part of the Mass: 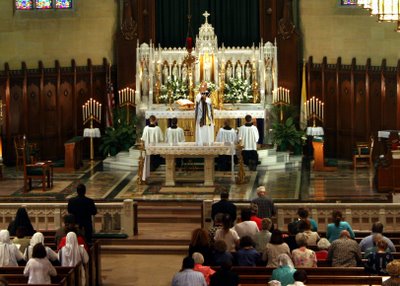 More on the ad orientem posture

It's unusual to see a priest facing ad orientem these days. From the article, "Turning Toward's the Lord", by U.M. Lang who has a book by the same name (below):

Missal Rubrics
The rubrics of the renewed Missale Romanum of Pope Paul VI presuppose a common direction of priest and people for the core of the Eucharistic liturgy. This is indicated by the instruction that, at the Orate, fratres, the Pax Domini, the Ecce, Agnus Dei, and the Ritus conclusionis, the priest should turn towards the people.7 This would seem to imply that beforehand priest and people were facing the same direction, that is, towards the altar. At the priest's communion the rubrics say "ad altare versus",8 which would be redundant if the celebrant stood behind the altar facing the people anyway. This reading is confirmed by the directives of the General Instruction, even if they are occasionally at variance with the Ordo Missae.9 The third Editio typica of the renewed Missale Romanum, approved by Pope John Paul II on 10 April 2000 and published in spring 2002, retains these rubrics.10

This interpretation of the official documents has been endorsed by the Roman Congregation for Divine Worship. An editorial in its official publication, Notitiae, states that the arrangement of an altar that permits a celebration facing the people is not a question upon which the liturgy stands or falls ("quaestio stantis vel cadentis liturgiae"). Furthermore, the article suggests that, in this matter as in many others, Cardinal Lercaro's call for prudence was hardly heard in the post-conciliar euphoria. The editorial observes that changing the orientation of the altar and using the vernacular could become an easy substitute for entering into the theological and spiritual dimensions of the liturgy, for studying its history and for taking into account the pastoral consequences of the reform.11

Posted by Diane Korzeniewski at 5:19 AM