Conclusion of the Noon Mass....

The elevation of the Body of Christ. Unfortunately, noon is about the worst time to photograph in the outdoor grotto because of lighting. Without flash or lights on inside the grotto itself, it is much too dark in contrast to the light outside. 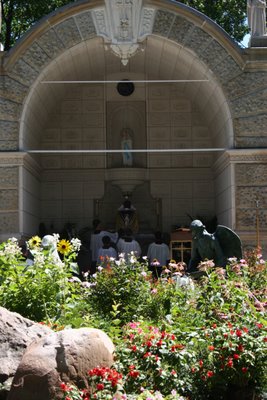 Here you can somewhat see that Communion is delivered by intinction. Hence, Our Lord must be recieved on the tongue because the Host is dipped in the Precious Blood by the priest. Catholics may not self-intinct. This is announced ahead of time so that people are aware. There were no EMHC's and communion took about 15 minutes. 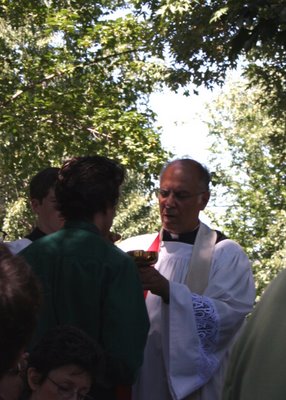 These photos cover some of the activities that were taking place in the afternoon before the Anointing of the Sick and Benediction in the Grotto. It was non-stop activity all day long.

We had stations of the cross, led by a Brother of the Holy Cross at 2:15pm. It was hard to capture all who were in attendance. 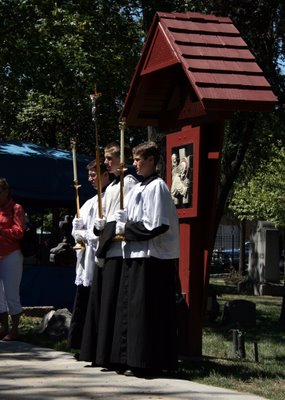 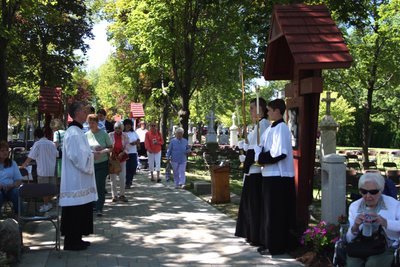 Around 3:00pm, Fr. Perrone entered with the Blessed Sacrament just ahead of the living Rosary. 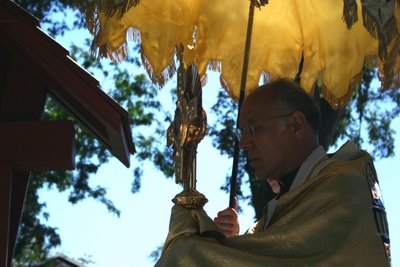 We are in a momentary adoration as people set up for the Living Rosary. 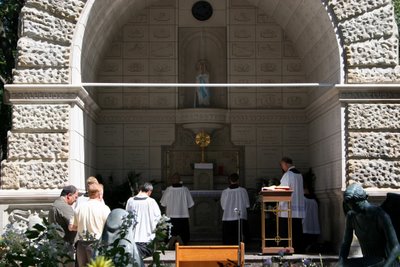 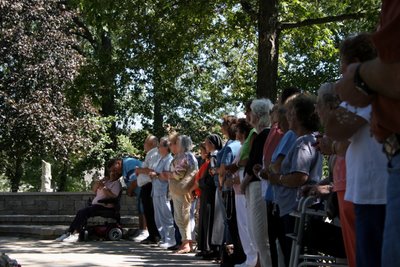 And, here you see a woman reciting the first half of the Hail Mary into a microphone 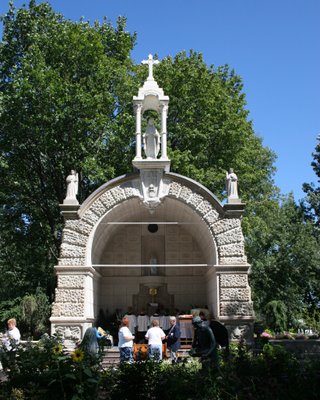 I have received a disk from parishioner Jeff Williams with some awesome pictures of that event, and will post them tomorrow, provided there are no internet connection problems, blogger problems, computer problems, or other annoyances I've been dealing with daily for almost two weeks now.

Posted by Diane Korzeniewski at 10:59 PM