Holy Mass on the Feast of the Sacred Heart: Incense

We've talked about incensing before. If you spend any time at Grotto, you will soon learn, that incense is used regularly.

After the altar is incensed, the altar boys take the thurible, or censer, and incense the priest. 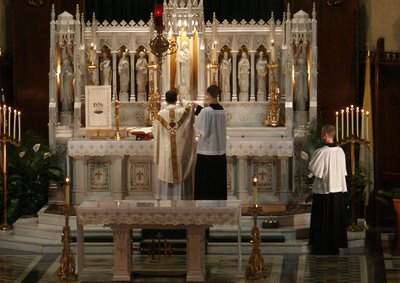 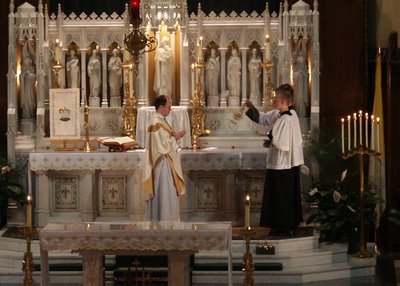 There is then, a bow, and the altar boys proceed to work their way around the sanctuary, incensing other priests, then any other altar boys, before finally coming before the faithful gathered. 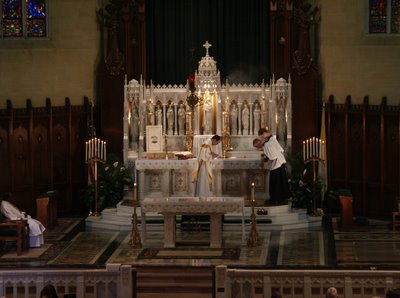 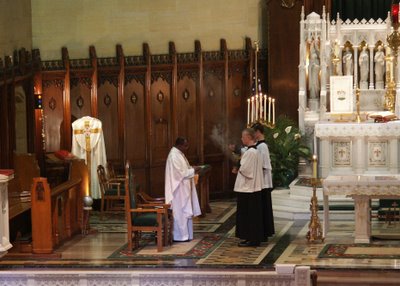 I could not get any other photos uploaded, but if you go to my first post on this topic called, "Got Incense?", you will find several more pictures involving incensing, along with information from the General Instruction of the Roman Missal (GIRM).

SYMBOLISM AND MANNER OF INCENSING

Incense, with its sweet-smelling perfume and high-ascending smoke, is typical of the good Christian's prayer, which, enkindled in the heart by the fire of God's love and exhaling the odour of Christ, rises up a pleasing offering in His sight (cf. Amalarius, "De eccles. officiis" in P.L., CV). Incensing is the act of imparting the odour of incense. The censer (q.v.) is held in the right hand at the height of the breast, and grasped by the chain near the cover; the left hand, holding the top of the chain, is placed on the breast. The censer is then raised upwards to the height of the eyes, given an outward motion and slightly ascending towards the object to be incensed, and at once brought back to the starting point. This constitutes a single swing. For a double swing the outward motion should be repeated, the second movement being more pronounced than the first. The dignity of the person or thing will determine whether the swing is to be single or double, and also whether one swing or more are to be given. The incense-boat is the vessel containing the incense for immediate use. It is so called from its shape. It is generally carried by the thurifer in the disengaged hand.

Posted by Diane Korzeniewski at 5:30 AM