Continuing with our series of photographs of Corpus Christi 2006 at Assumption Grotto in Detroit, the Blessed Sacrament is leaving the third altar, and is heading towards the fourth, which is the last outdoor stop before going back into the Church. The fourth altar was profiled as the first photo, in my first post on this event.

As you can see throughout these photos, there is no shortage of priests or religious at such events. There are at least six or seven priests and one bishop. More on that tomorrow. 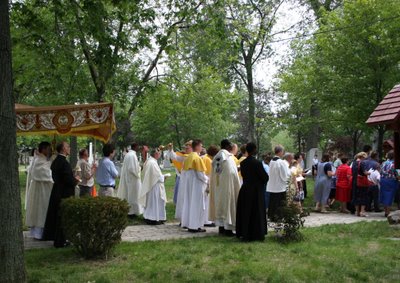 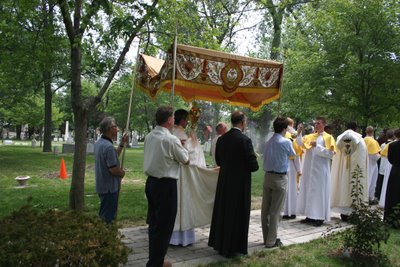 Another picture of one of the Missionaries of Charity, holding a song sheets handed out earlier. 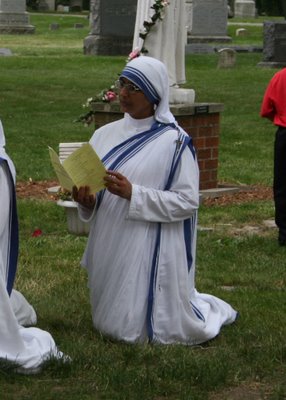 This photograph shows Our Lord being brought through the cemetary gates as they head across the parking lot to where the fourth altar resides. I'll bring you more photos tomorrow at the fourth altar. 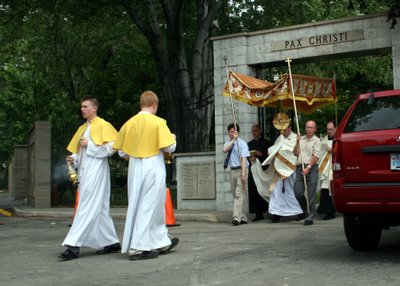 If you've ever wondered about the canopy, you can get a little insight from New Advent. There are several. The baldichinum of the altar, a baldacchino (seen in the photos), and an ombrellino seen below used on Assumption Day last year. 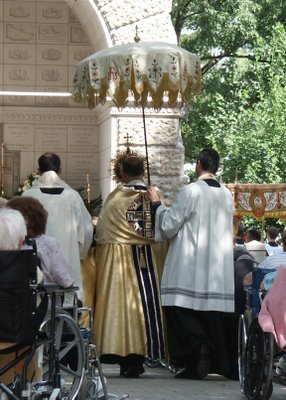 Posted by Diane Korzeniewski at 6:29 AM