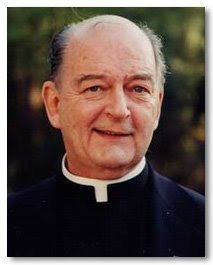 I reported earlier that Fr. Richard John Neuhaus was said to be near death after learning recently of cancern and then coming down with a severe infection.

Requiescat in pace, Father Richard John Neuhaus. Pray for him.

Here is something written by Joseph Bottum at the First Things site - where many of Father's writings appeared....

Here is an essay Joseph Bottum posted by Fr. Neuhaus, originally written in 2000:

We will dearly miss this priest who had such a large presence in writing and in media.