Photopost: Te Deum and Mass for Solemnity of Mary, Mother of God on New Years Eve 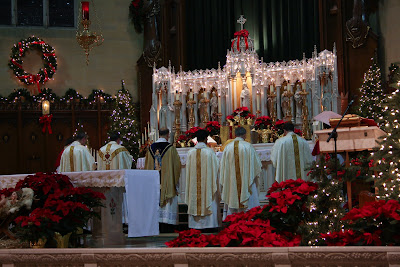 Above, Fr. Perrone and five other priests, three from the Order of the Holy Cross, chant the Te Deum at 11:00pm, just before the Latin Novus Ordo which was celebrated for the Solemnity of Mary, Mother of God. This Mass could not be a "Tridentine" or TLM unless the 9:30am were switched to something else. Only one TLM can be celebrated on Sundays and Feast Days so Fr. Perrone carefully plans it out, rarely moving it from that 9:30am Sunday/Holyday time slot.

Public vespers with the Te Deum is not practical given that we are a commuter parish. The parish has traditionally brought in the New Year in the midst of Mass honoring Mary. We were actually receiving Communion as the New Year rolled in, as was audible by that which took place in the world around us. The beautiful Marian vestment worn on major Marian feast days was worn by Fr. Perrone. 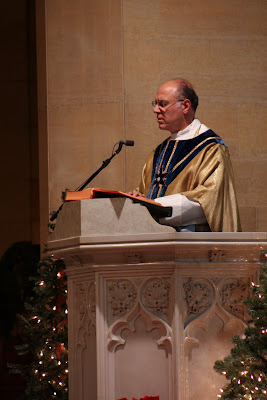 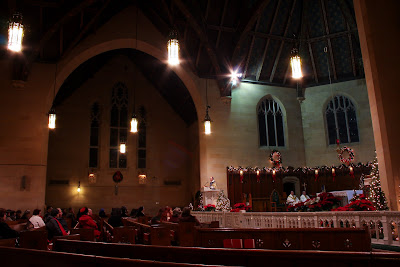 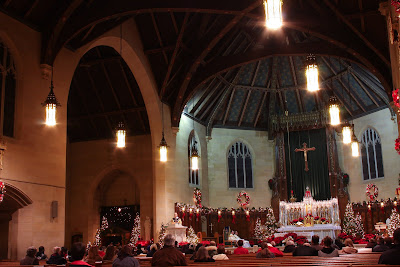 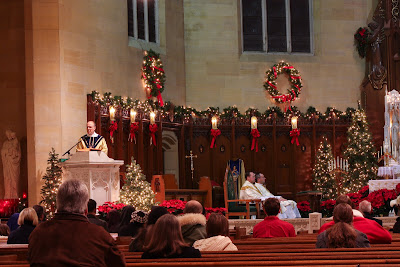 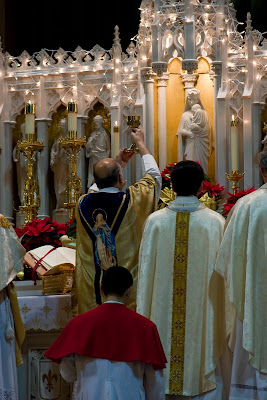 We had Exposition of the Blessed Sacrament as the priests led us in the Holy Rosary just after Midnight. 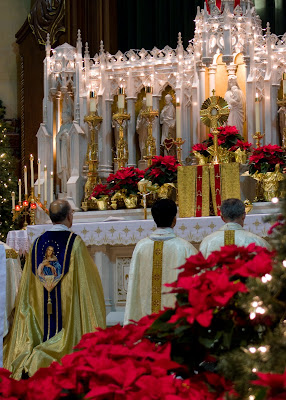 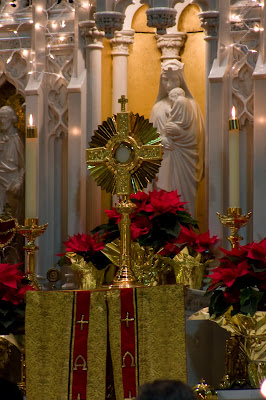 The beautiful cope, which is part of the very old Assumption vestment set is seen here. 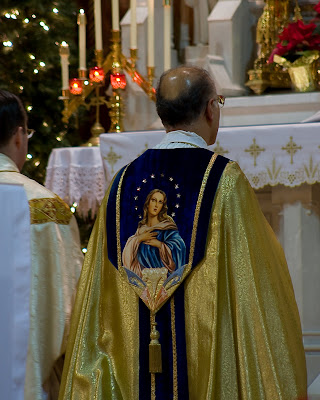 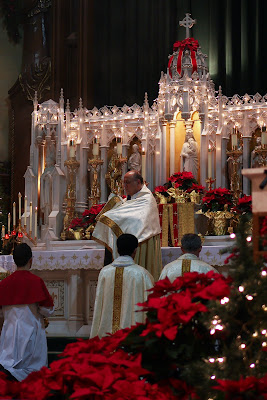