Excommunications in St. Louis.... of Love and Correction 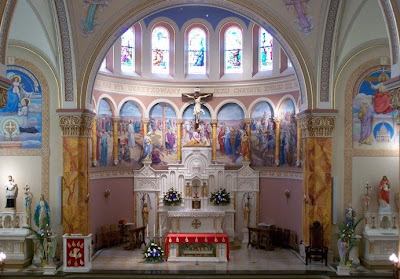 Would you ever guess that invalid sacraments are taking place here?

In the ongoing matter of Polish breakaway former Catholic parish of St. Stanislaus Kostka in the Archdiocese of St. Louis, two lay people decided to join the lay board after being informed by Archbishop Raymond L. Burke, that they would be joining a board in schism. Consequently, Archbishop Burke, as required by Canon Law, informed the public of the excommunication they have brought upon themselves. Let us pray that all will be reconciled with the Church.

In this blogpost, we look a little closer at excommunication. Is it divisive? Let's explore....

Matters like this are painful to watch unfold, yet I think the reason it is getting so much attention in Catholic circles is because in the last 40 years, people have been left to their ways by bishops, even to the detriment of themselves and others. It is as if a false sense of charity has guided some bishops as lambs are led away by wolves who confuse them.

It is a distant reality from those bishops of the early church who died not only to self, but painful physical deaths to protect the faith. This says nothing of those who exemplified heroic virtue in the face of the great heresies. Where would the Church be today without their actions? Hence, a bishop has an obligation to protect the faithful in his care.

WHY DIDN'T ABP BURKE LEAVE THEM BE?

The ethnic polish parish looked like the typical traditional parish that has been attracting many young people - like Grotto. The parish was in an irregular corporate structure for over 100 years that the Church had been attempting to regularize long before Archbishop Burke, who is a canon lawyer, arrived. Archbishop Burke explains in this 2004 archdiocesan article shortly after taking the helm from the now Justin Cardinal Rigali of Philadelphia:

The question is frequently raised about my reason for addressing the civil corporate structure of St. Stanislaus Kostka Parish at the present time, especially so soon after beginning my service in the Archdiocese of St. Louis. 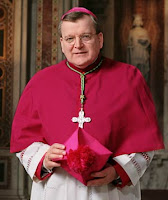 First of all, my predecessor, Cardinal Rigali, had been working with the board of directors and the parishioners at St. Stanislaus Kostka Parish to correct its civil structure, in accord with Church discipline. He met with the board of directors of the present civil corporation on Sept. 30, 2003, to explain the steps necessary to bring the corporate structure of the parish into compliance with Church law.

Subsequent to Cardinal Rigali’s meeting with the board of directors, Father Bene, parochial administrator of the parish, wrote a lengthy letter to all of the parishioners on Nov. 14, 2003, explaining in detail the requirements of Church law and responding to questions about how making the necessary changes will effect parish life.

Before I came to the archdiocese, Archbishop Joseph F. Naumann, then archdiocesan administrator, provided me with the complete documentation in the matter. I studied it carefully and agreed completely with Cardinal Rigali’s actions to rectify the situation. It is important to note, however, that Cardinal John Glennon, who served as Archbishop of St. Louis from 1903 to 1946, made an initial effort to address the irregular corporate structure which exists at St. Stanislaus Kostka Parish. Cardinal Joseph Ritter did likewise during the time, from 1946 to 1967, when he served as Archbishop of St. Louis. Both of these initiatives are facts of history.

It just so happens that this kind of irregular corporate structure is discussed in the current issue of The Catholic Response in the Q & A section. 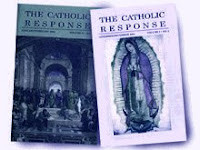 As the Church in this country was getting it's "sea legs" early on, an ugly problem reared it's head - lay trusteeism, which usurped the authority of bishops to appoint pastors and the authority of priests to have final decision-making power over parochial life (see Father Gregoris' column in this issue for more information on the topic). Lay boards were out of conrol and created chaos in the life of the aborning Cahtolic community of the United States. As a way to stem the tide of this unfortuante development, bishops formed a "corporation sole" structure for civil purposes, whereby each and every Catholic institution belonged to the diocese and in the bishop's name. The only problem was that it was un-canonical, and the Holy See repeatedly told the American bishops they could not and should not employ that structure because, canonically, parishes (for example) are self-contained or "juridic" persons in their own right and cannot be subsumed into the diocesan corporation. The [American] bishops did not heed Rome's warnings.

AND.....this so-called board of lay-trustees hired a renegade Polish priest from another diocese who appeared to be quite traditional and gained the sympathies for the plight of this parish of some traditional Catholics. What didn't sit well with me when I first read about it in 2005 was that Archbishop Burke is about the most traditional and orthodox of bishops. As it turns out, this renegade priest whom Archbishop Burke has attempted to bring back into the fold several times, has now gone off and attempted to "ordain" women. It's amazing, but not surprising, how one bad action (that of the layboard hiring a renegade priest) can snowball into more (which is why humble obedience should rule!).

Before I move on to answer the question of whether ex-communication is divisive, let's explore something our Holy Father, Pope Benedict XVI, said which is captured in a book I highly recommend called, "Benedictus - Day by day with Pope Benedict XVI". The title for March 27th is Love and Correction. Let's look at this not only in light of the father and son example, but in light of a bishop's relationship with his priests and flock, and a pastor with that of his parishioners.

Anger is not necessarily always in contradiction with love. A father, for instance, sometimes has to speak crossly to his son so as to prick his conscience, just because he loves him. And he would fall short of his loving obligation and his will to love if, in order to make things easier for the other person, and also for himself, he avoided the task of putting him right sometimes by making a critical intervention in his life.

We know that spoiled children, to whom everything has been permitted, are often in the end quite unable to come to terms with life, because later on life treats them quite differently, and because they have never learned to disciplien themselves, to get themselves on the right track. Or if, for instance, because I want to be nice to him, I give to an addict the drugs he wants instead of weaning him off them (which would seem to him very hard treatment), then in that case you cannot talk of real love.

To put it another way: love, in the true sense, is not always a matter of giving way, being soft, and just acting nice. In that sense, a sugar-coated Jesus or a God who agrees with everything and is never anything but nice and friendly is no more than a caricature of real love.

Because God loves us, because he wants us to grow into truth, he must necessarily make demands on us and must also correct us. God has to do those things we refer to in the image of "the wrath of God," that is, he has to resist us in our attempts to fall from our own best selves and when we post a threat to ourselves.

EXCOMMUNICATION: IS IT DIVISIVE?

In a FAQ section at the Archdiocese of St. Louis website, is the explanation:

Archbishop Burke is not being a legalistic crass, he is trying to bring about reform, the very kind that Pope Benedict speaks about in his discussion of love and correction.

***Support the Dominus Est Project***
Posted by Diane Korzeniewski at 5:56 AM