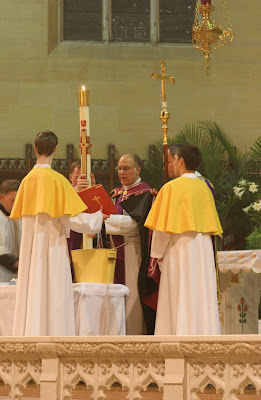 What follows are the last of the photos in the Holy Week series. I have more, but they are stock photos of specific things for later posts. Three people were received into the Church during this Mass, which is always a blessing.

The Easter Vigil is traditionally a long Mass whether in the ordindary form (OF) or extraordinary form (EF), but it is one of the most beautiful liturgies of the year. All of the major celebrations for Holy Week in 2008 were done in EF, more commonly referred to as the Traditional Latin Mass (TLM).

In these photos you will see altar boys wearing white cassocks with gold shoulder capes. I am fairly certain that this is a tradition that goes all the way back to the earliest of pastors in the 1800's, except the styles have changed somewhat. I've sent a question on this to our parish historian and will edit this post accordingly. They are used again on Corpus Christi and red shoulder capes are used during the Christmas season. 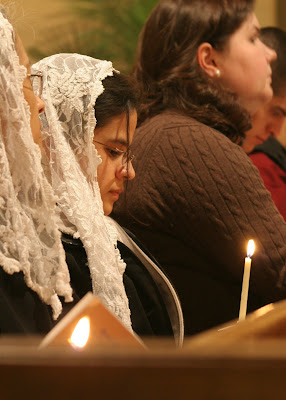 One of the newly baptized people is being confirmed in the photo below. 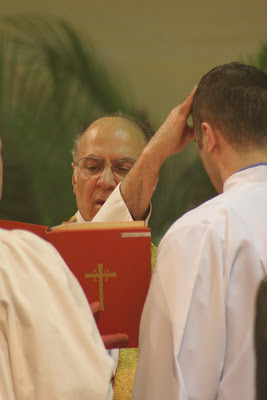 Note the violet color of the antependium, which covers the entire front of the altar. In the next photo, you see the blurred image of an altar boy involved with removing the violet, revealing the beautiful gold antependium underneath during the Mass. 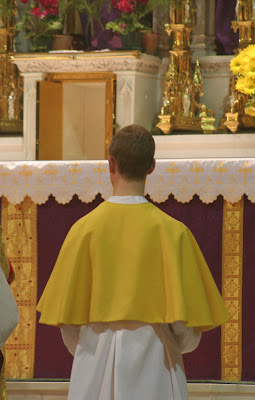 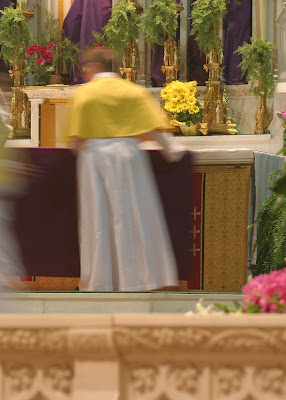 In the two photos below, altar boys are seen removing the violet cloths which covered all of the statues in the church. 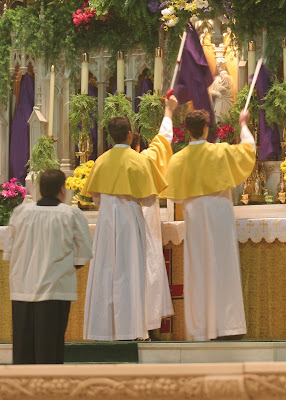 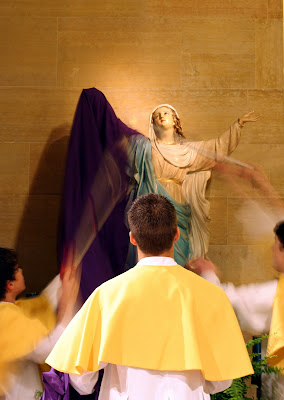 The subdeacon wearing the humeral veil. He holds the paten with it from the close of Offertory until the Pater Noster. 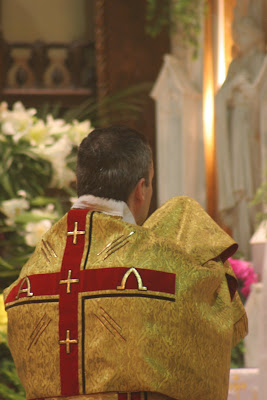 In this next picture, we see the Elevation of the Chalice. 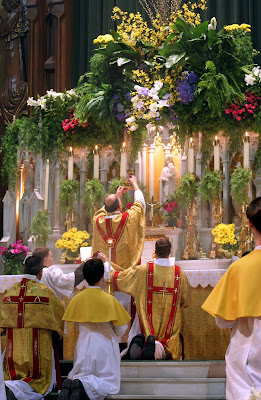 As Communion is distributed, candle-bearing altar boys - 3 on each side of center, face sideways towards each other on the lower steps. 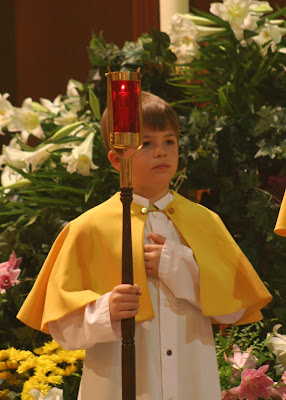 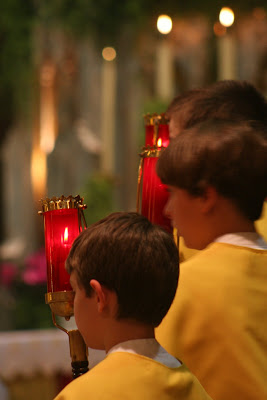 This Mass featured much more incensing than typically seen. Here the thurifer swings the censor, or thurible towards the laity. 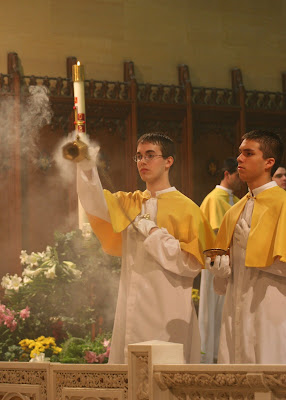 Altar boys are lined up ready to leave the sanctuary to the right as Mass comes to a close. 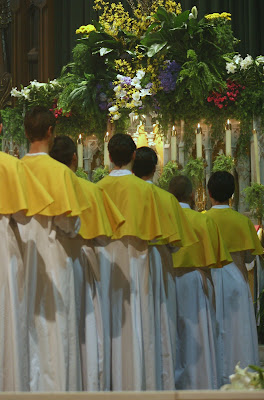 This sweet pea just couldn't hang on any longer. Rumor has it that when Mom and siblings wanted to go to bed, she was ready to play. Go ahead and say it......awwwww!!! 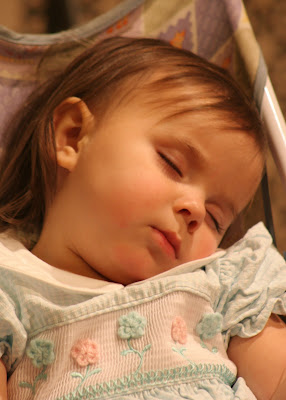