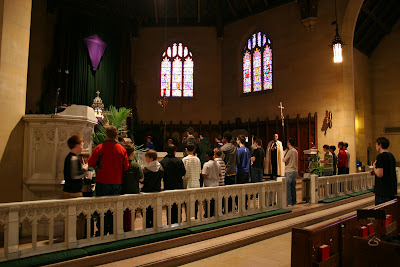 I was able to capture some pictures from the altar boy rehearsal for this evening's Holy Thursday vigil, with Fr. Perrone's permssion. Now, you will see the priests in some minimal vestments here so they could practice the vestment changes for liturgical events tonight.

This is a bit of a switch. We are looking at more "behind the scenes" to see how things are done at Assumption Grotto. I can't be there for everything, but had attempted to capture an altar boy rehearsal for a couple of years now.

I got there at Noon when the boys began their rehearsal with the priests, MC and others assisting. The boys range in age from about 8 on up to young adult men. I left after two hours and they were still going strong. It was all business, very focused and the youngest were manly in their attentiveness and behavior. This is not for wimps. I am impressed by the level of maturity the young show. But, they are not "babied" or treated like they can't learn, and nothing is dumbed-down. They are given tasks to do and they learn them.

I hope to bring you more photos in the coming days, but with so much going on, it is not a sure bet that I will get them out as rapidly. Just keep checking back.

Be there tonight for this Holy Thursday vigil. Assumption Grotto typically has a full house for it and it is not an obligatory Mass. Get there early. If you have been coming for many years, I believe you will be pleasantly surprised with some changes that have taken place, especially following the Mass during adoration. Adoration runs until Midnight. 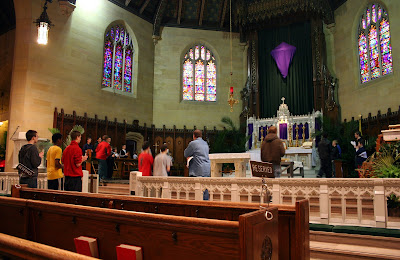 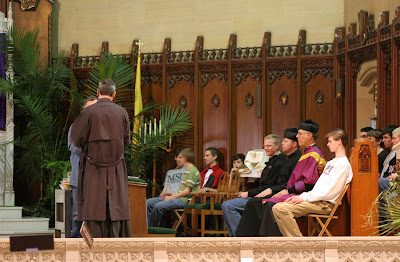 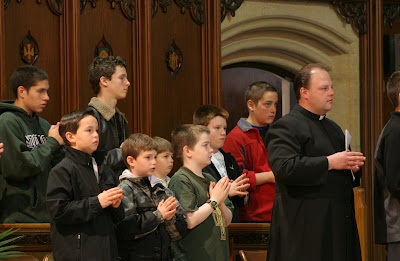 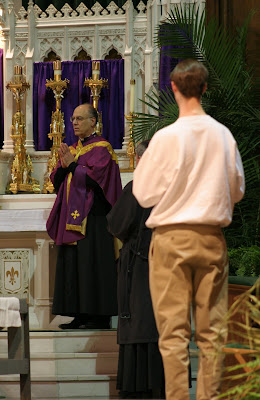 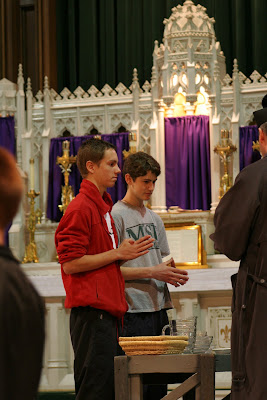 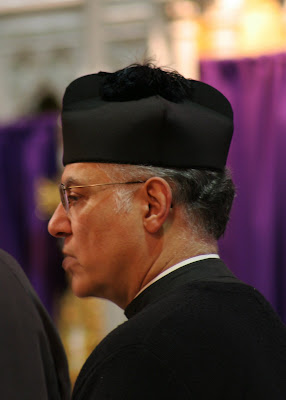 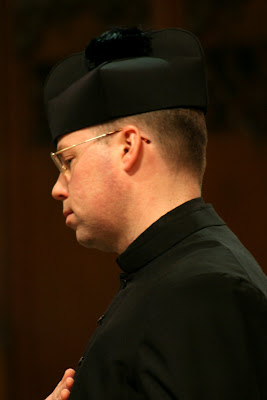 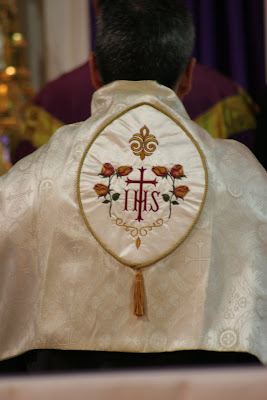 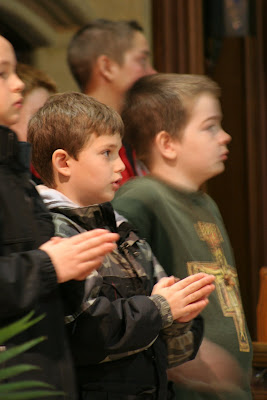 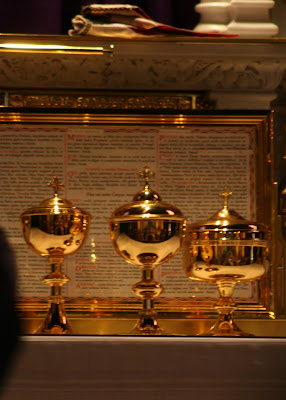 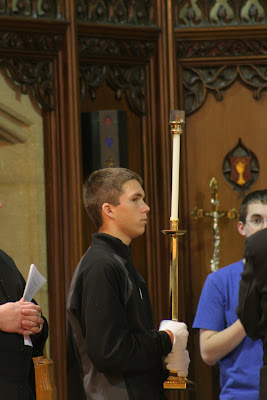 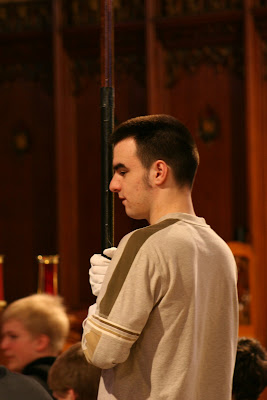 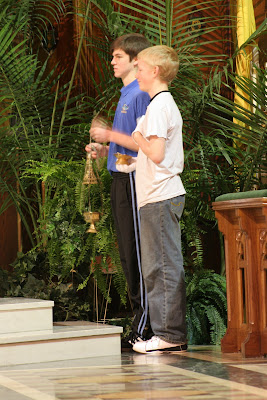 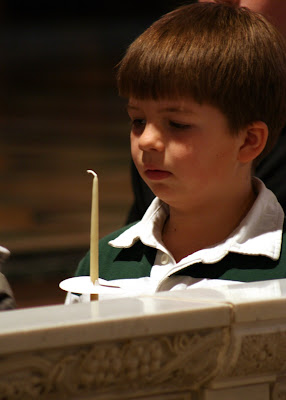 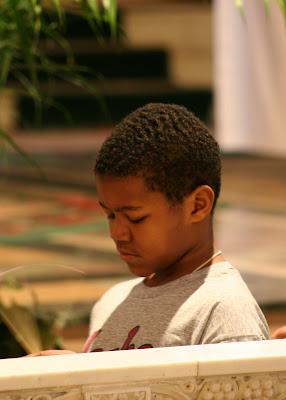 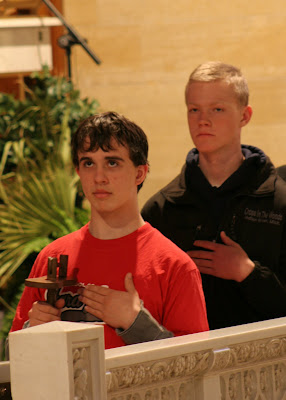 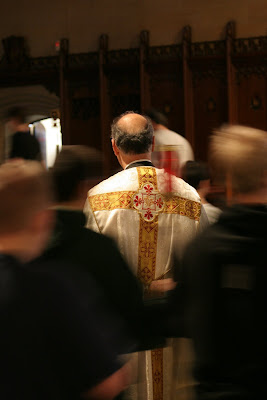 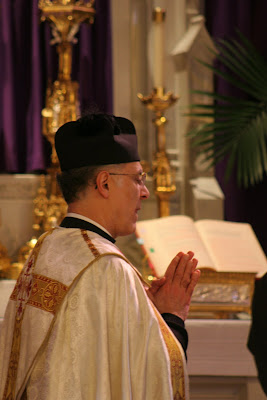 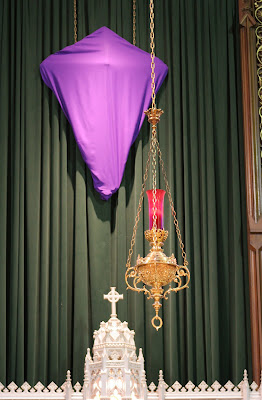 Finally, a shot of the altar of repose, where we will adore Our Lord until Midnight. 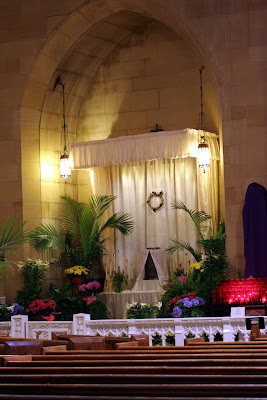