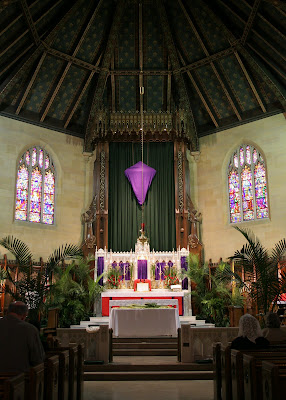 I hope to have the Mass photos up before I head off to bed tonight. For now....

These were scenes taken before the 9:30am Mass in the extraordinary form (TLM) on Palm Sunday 2008. Included are photos taken from within the sanctuary and in the sacristy, with Fr. Perrone's permission.

Take careful note of the color of the altar frontal cloth. Unlike in the ordinary form, commonly referred to as the Novus Ordo, it is later changed to violet as you will see in the next post, which covers the Mass. 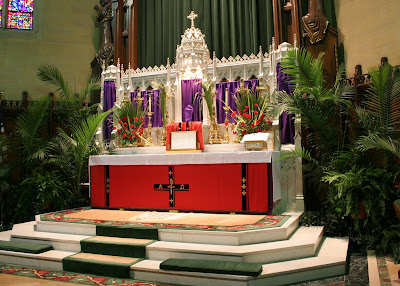 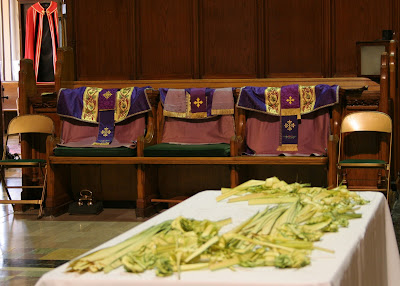 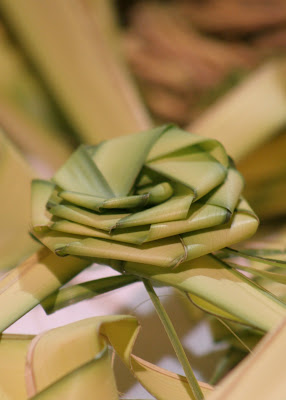 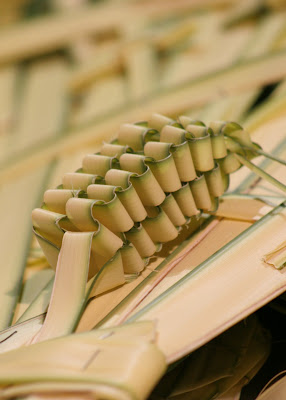 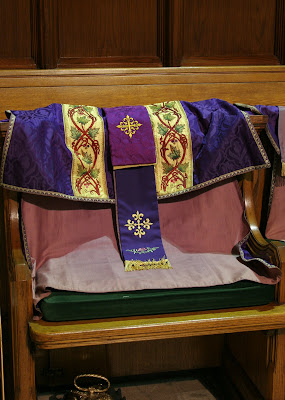 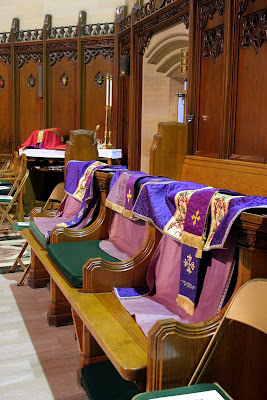 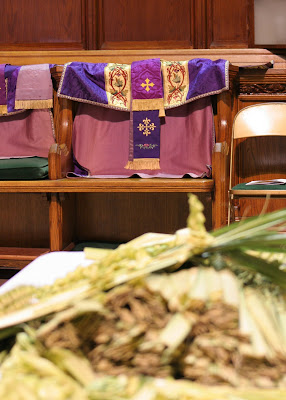 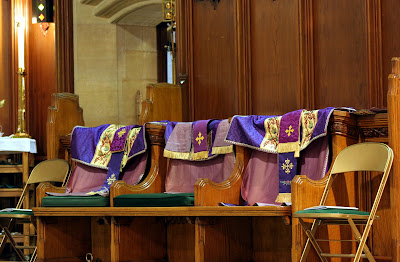 Notice here too the use of violet underneath the red. 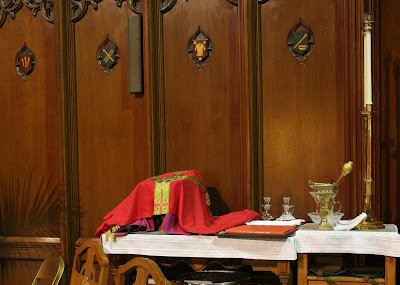 Patens that will be in use during the Mass (4 of the 6). Even in the ordinary form, patens should be used 1. 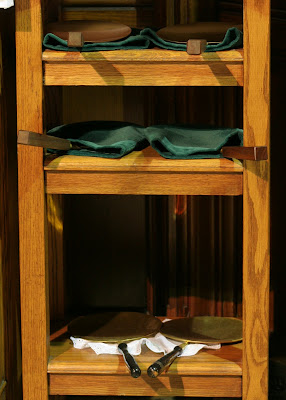 Processional Cross with adorned with palms 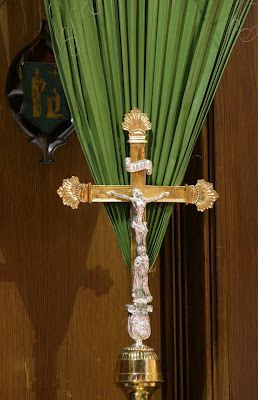 The Holy Water Pot, ready for use. 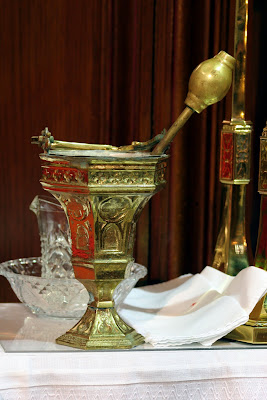 The sacristy about 30 minutes before Mass. 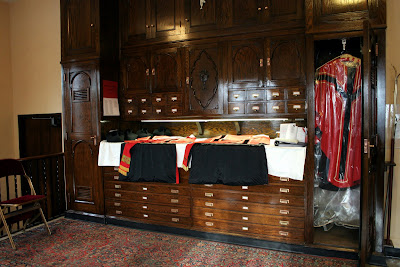 The biretta's laid out. There are four priests who celebrate the extraordinary form at Grotto, at this time. The Palm Sunday Mass will be a Solemn High Mass with celebrant, deacon and sub-deacon. The latter two are both priests (associates). Thus, three of these four birettas will be used. 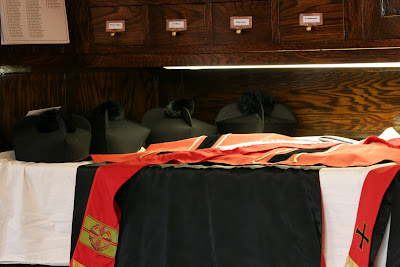 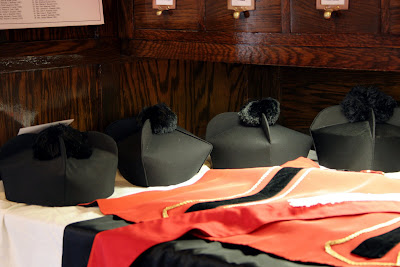 As in the church, statues and crucifixes like this one in the sacristy are covered in violet cloth. Whether the ordinary or extraordinary form, when Mass is finished, the priests and altar boys bow to the crucifix, the celebrant provides a blessing as they kneel, and then, in holy silence, all work to put vestments and other things in their proper place. 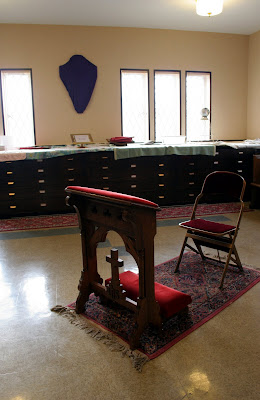 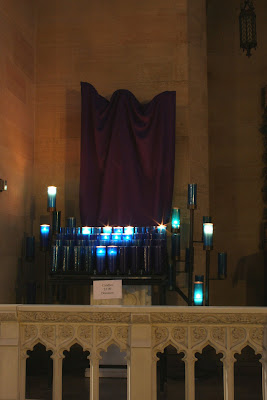 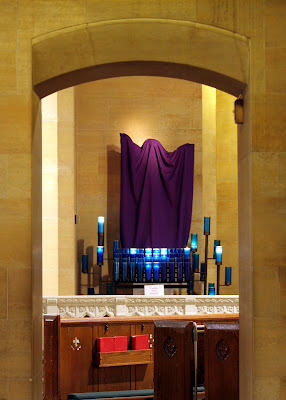 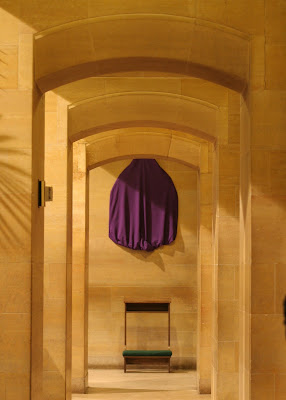 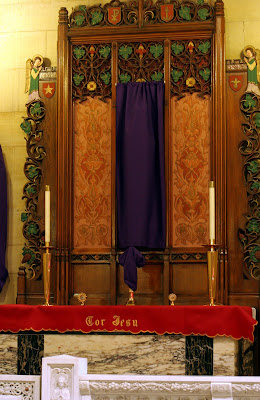