With blogger cooperating this morning, I've come to the end of the line and have shared a vast sampling of the 372 photos taken by myself and Jeff Williams of Assumption 2006 at the Assumption Grotto in Detroit. This post accumulates, in links below, all photo posts at this years feast day.

In the first photo, Fr. John removed the Blessed Sacrament from the Grotto tabernacle, and Our Lord was escorted back to the main tabernacle in Church, with bells ringing, and people kneeling as Our Lord passed by. 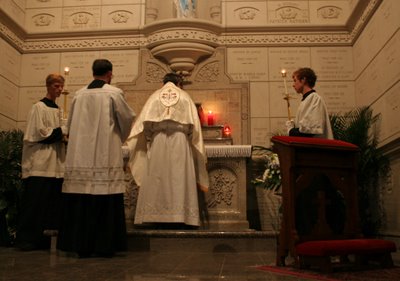 The angel fountain, newly installed last year, along with St. Bernadette. A little background on the artist for the angel is given in a previous post, and I still need to add info about the sculptor of Bernadette. My understanding is that both are locals or natives of the area. It's amazing that these two statues, done by independent artists, and put together at the same time, could go together so well. In many pictures of the grotto sanctuary, off to the left of the garden is seen something smooth and white. That is the back of Bernadette's head. 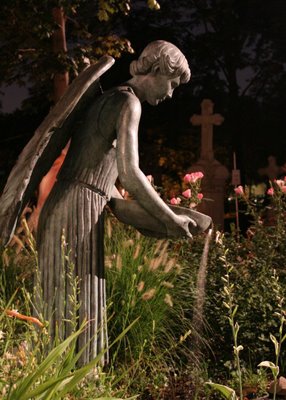 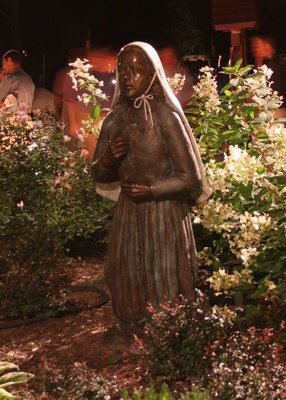 Here is a closeup of the candle everyone used during the procession. If you click it, you may be able to see the many versus of Immaculate Mary, which is sung throughout as people process. 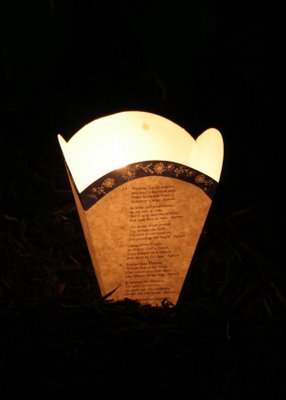 This was taken around 10:00 as volunteers removed the microphones, speakers, chairs and other items from the Sanctuary and surrounding area. I was waiting for them to finish so that I could take the picture below, which finally happened at 10:30 PM - one hour after most had gone home. 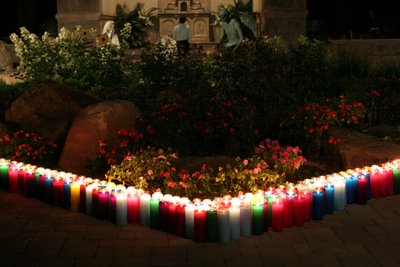 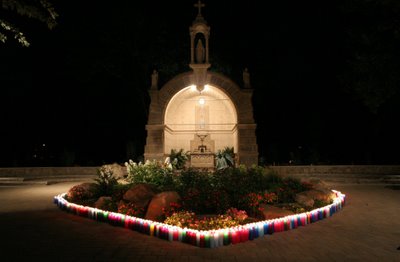 Home
Posted by Diane Korzeniewski at 10:13 AM