USCCB to Obama: Rescission of mandate only complete solution 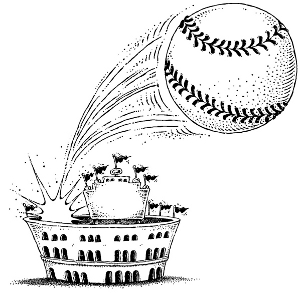 Well that didn't take long. The USCCB has issued it's formal statement response to President Obama's "accommodation" on the HHS mandate (Emphasis in bold in original)

The Catholic bishops have long supported access to life-affirming healthcare for all, and the conscience rights of everyone involved in the complex process of providing that healthcare. That is why we raised two serious objections to the "preventive services" regulation issued by the U.S. Department of Health and Human Services (HHS) in August 2011.

First, we objected to the rule forcing private health plans — nationwide, by the stroke of a bureaucrat's pen—to cover sterilization and contraception, including drugs that may cause abortion. All the other mandated "preventive services" prevent disease, and pregnancy is not a disease. Moreover, forcing plans to cover abortifacients violates existing federal conscience laws. Therefore, we called for the rescission of the mandate altogether.

Second, we explained that the mandate would impose a burden of unprecedented reach and severity on the consciences of those who consider such "services" immoral: insurers forced to write policies including this coverage; employers and schools forced to sponsor and subsidize the coverage; and individual employees and students forced to pay premiums for the coverage. We therefore urged HHS, if it insisted on keeping the mandate, to provide a conscience exemption for all of these stakeholders—not just the extremely small subset of "religious employers" that HHS proposed to exempt initially.

First, he has decided to retain HHS's nationwide mandate of insurance coverage of sterilization and contraception, including some abortifacients. This is both unsupported in the law and remains a grave moral concern. We cannot fail to reiterate this, even as so many would focus exclusively on the question of religious liberty.

Second, the President has announced some changes in how that mandate will be administered, which is still unclear in its details. As far as we can tell at this point, the change appears to have the following basic contours:

·It would still mandate that all insurers must include coverage for the objectionable services in all the policies they would write. At this point, it would appear that self-insuring religious employers, and religious insurance companies, are not exempt from this mandate.

·It would allow non-profit, religious employers to declare that they do not offer such coverage. But the employee and insurer may separately agree to add that coverage. The employee would not have to pay any additional amount to obtain this coverage, and the coverage would be provided as a part of the employer's policy, not as a separate rider.

·Finally, we are told that the one-year extension on the effective date (from August 1, 2012 to August 1, 2013) is available to any non-profit religious employer who desires it, without any government application or approval process.

These changes require careful moral analysis, and moreover, appear subject to some measure of change. But we note at the outset that the lack of clear protection for key stakeholders—for self-insured religious employers; for religious and secular for-profit employers; for secular non-profit employers; for religious insurers; and for individuals—is unacceptable and must be corrected. And in the case where the employee and insurer agree to add the objectionable coverage, that coverage is still provided as a part of the objecting employer's plan, financed in the same way as the rest of the coverage offered by the objecting employer. This, too, raises serious moral concerns.

We just received information about this proposal for the first time this morning; we were not consulted in advance. Some information we have is in writing and some is oral. We will, of course, continue to press for the greatest conscience protection we can secure from the Executive Branch. But stepping away from the particulars, we note that today's proposal continues to involve needless government intrusion in the internal governance of religious institutions, and to threaten government coercion of religious people and groups to violate their most deeply held convictions. In a nation dedicated to religious liberty as its first and founding principle, we should not be limited to negotiating within these parameters. The only complete solution to this religious liberty problem is for HHS to rescind the mandate of these objectionable services. [emphasis mine]

We will therefore continue—with no less vigor, no less sense of urgency—our efforts to correct this problem through the other two branches of government. For example, we renew our call on Congress to pass, and the Administration to sign, the Respect for Rights of Conscience Act. And we renew our call to the Catholic faithful, and to all our fellow Americans, to join together in this effort to protect religious liberty and freedom of conscience for all.

Rocco Palmo at Whispers has obtained an internal memo with more.  He notes the signatories:


Here below, however, the text of the internal letter to the bishops -- obtained tonight by Whispers -- and signed by the aforementioned quintet: the conference president, Cardinal-designate Timothy Dolan of New York, and the bench's committee chairs for Pro-Life Activities, Cardinal Daniel DiNardo of Galveston-Houston; Doctrine, Cardinal Donald Wuerl of Washington; Domestic Policy, Bishop Stephen Blaire of Stockton, and the newly-formed arm on Religious Liberty, Bishop William Lori of Bridgeport.

We remain fully committed to the defense of our religious liberty and we strongly protest the violation of our freedom of religion that has not been addressed. We continue to work for the repeal of the mandate. We have grave reservations that the government is intruding in the definition of who is and who is not a religious employer. Upon further study we are very concerned that serious issues still remain and we have found numerous problems which we will raise in this letter.

Hold on tight folks, we're in for a ride.  The bishops have found their voice, and their backbone.  Pray for them, and all involved.

Phil Lawler laments the fact that Catholic Health Association and Catholic Charities jumped the gun and issued statements supportive of the "accommodation" before the bishops could speak, something I discussed in my own post on Sr. Carol Keehan.  Father Z wondered how it was that Sr. Keehan of Catholic Health Association could support Obama's "plan B" before Obama even had his press conference. Elizabeth Scalia points out that there was pretty interesting timing of Sr. Keehan's statement which went out over the White House religion portal (hello?!?!?)

Dissenting Catholics serving in political roles, heading various institutions, etc., have been competing with the US bishops for decades, but it's been intensifying.  It's the Magisterium versus the pseudo-magisterium.

Days ago, Canonist Ed Peters re-iterated his call for bishops to start using Canon 915 as it was intended, saying that public behavior deserves public consequences.

Tonight, Dr. Jeff Mirus at Catholic Culture is discussing excommunication, as are others.

UPDATE: The New York Times is reporting on how this all came about.  If this is true, I'm wondering how long it will be before Sebelius is thrown overboard (HT Deacon Greg)


The obedient are not held captive by Holy Mother Church; it is the disobedient who are held captive by the world!
Note: The recommended links below are automatically generated by the tool, so they are not necessarily related content.
Posted by Diane Korzeniewski at 8:53 PM