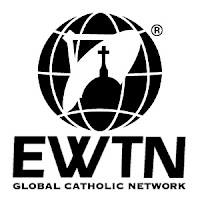 Catholic News Agency is reporting that EWTN is is suing the US government over the HHS mandate. The Becket Fund, which is also handling similar lawsuits, such as, Belmont Abbey College vs. Sebelius, has taken the case on.

“We had no other option but to take this to the courts,” EWTN President and CEO Michael Warsaw said in an announcement about the lawsuit filed in U.S. District Court on Wednesday. “There is no question that this mandate violates our First Amendment rights.”

“Under the HHS mandate, EWTN is being forced by the government to make a choice,” Warsaw explained. “Either we provide employees coverage for contraception, sterilization and abortion-inducing drugs and violate our conscience or offer our employees and their families no health insurance coverage at all. Neither of those choices is acceptable.”

Because EWTN serves not only Catholics but the public at large, the network would not qualify for the religious exemption offered by Secretary Sebelius.

At least one of the mandate's required drugs, the emergency contraceptive “Ella,” has the potential to cause an early-stage abortion.

Thirty years ago, a cloistered nun named Mother Angelica started a small television network in her monastery garage to spread the teachings of the Catholic Church.

Today, the network she started is suing the federal government for the right to remain faithful to those teachings.

“The federal government cannot force people to violate their religion like this,” said Mark Rienzi, Senior Counsel at the Becket Fund and a constitutional law professor at the Catholic University of America.  “Mother Angelica founded EWTN to spread the teachings of the Catholic Church—not to betray them.”

Over the last three decades EWTN, has become the largest Catholic media organization in the world.  Now run by lay Catholics, the network refuses to pay for contraceptive services and for drugs that destroy human life.  “If we are willing to compromise our Catholic faith, we are selling the soul of the network,” said Michael P. Warsaw, EWTN’s President and Chief Executive Officer.  “The mission of EWTN is not negotiable.”

The network also rejects the government’s offer last month of another year to “adapt” their consciences to its mandate.  “Maybe they missed the word ‘Eternal’ in the name,” quipped Warsaw.  “Betraying God’s love for every human person—even ones who are small and vulnerable—just isn’t something we’ll ever be able to adapt to.”

EWTN’s case is the third lawsuit brought by the Becket Fund challenging the Obama administration’s abortion drug mandate.  The Becket Fund also represents Belmont Abbey College (a Benedictine Catholic college in North Carolina) and Colorado Christian University (a nondenominational Christian University in Colorado) in similar lawsuits.  To date, the government has sought several extensions in those cases rather than answering the claims.

The mandate has been widely criticized from across the political spectrum and by religious leaders of all faiths.  Senator Marco Rubio recently introduced a bill to amend the healthcare law to instruct government bureaucrats to respect conscience rights in their mandates.

A note about the Becket Fund:

The Becket Fund for Religious Liberty is a non-profit, public-interest law firm dedicated to protecting the free expression of all religious traditions. The Becket Fund has a 17-year history of defending religious liberty for people of all faiths. Its attorneys are recognized as experts in the field of church-state law, and they recently won a 9-0 victory against the federal government at the U.S. Supreme Court in Hosanna-Tabor v. EEOC.

If religious liberty is important to you, please consider supporting the Becket Fund: https://www.becketfundcommunity.org/SupportUs

The Obama administration has argued that more than 28 states already have some kind of contraception mandate for health plans, and thus the HHS final rule should not be seen as a significant intrusion of the state in the affairs of church-affiliated groups.

But Rienzi calls the administration’s claim, “at best, a half truth. Other states have some requirements related to contraception. But they all have either broader religious exemptions or other ways for religious individuals and organizations to avoid the requirement — such as by self-insuring or using a federal ERISA (Employee Retirement Income Security Act) plan.”

“This mandate from the federal government is completely new and far more coercive than anything that existed before, which is precisely why the government is dealing with the broad-based outrage it is currently facing,” Rienzi said.

He expects that more organizations will challenge the federal rule in court now that the administration has announced it will hold to its policy, despite the controversy.

Read the whole thing because it gets into additional explanations as to why there is optimism for cases like these.


Note: The recommended links below are automatically generated by the tool, so they are not necessarily related content.
Posted by Diane Korzeniewski at 12:34 PM