Will Grotto-goers notice a difference between Latin Novus Ordo, and Extraordinary Form of the Latin Mass?

I heard a few people recently saying that most people wouldn't notice a difference. I suppose this is because of how solemn our Latin Novus Ordo is celebrated. However, I respectfully disagree that little difference will be seen, but this is my personal opinion.

SMELLS & BELLS (and I don't mean this in a disrespectful manner) 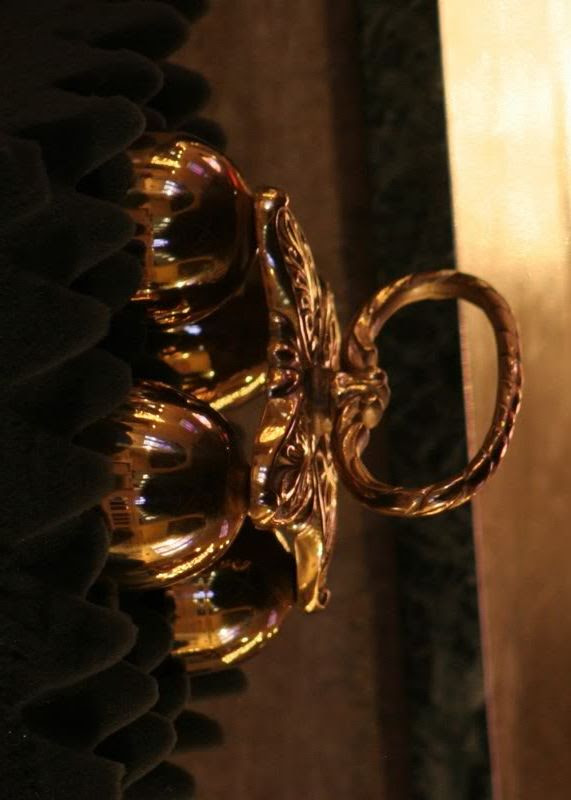 Well I must concede that we won't notice much of a difference in bells, because they get used at each and every Mass, whether a weekday or a Sunday Mass. I really miss the sounds of those bells when I assist at a weekday Mass at another parish since the 7:30 is already too late for me with regards to getting to work.

EDIT 9/9/07: I have been informed today by one of the servers in training at Grotto, that we will notice a difference in bells because there is much more ringing than we have used in the Novus Ordo. Not only will we hear them several times through the Consecration of the Sacred Host and Precious Blood, they will ring during the Sanctus.

If there is one thing that gets good use at our parish every Sunday at 9:30 it is the thurible. Even though it is only used then, and on occasion at other times, the sweet smell of incense greets you at Assumption Grotto as soon as you enter any day of the week, especially if you use the north side door. Here is testimony in smoke in a photo I took after a Mass celebrated by visiting Archbishop Raymond L. Burke: 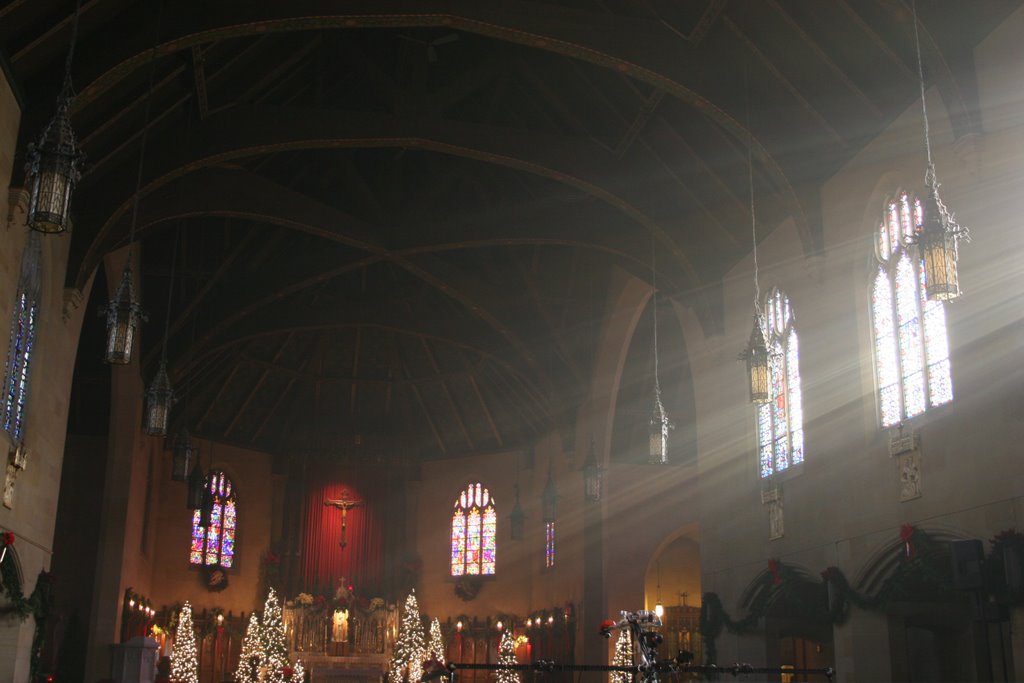 I think we will notice a difference in sights. While I expect to see many of the brilliant and beautiful vestments already in use at Grotto, there will be other things which we are not necessarily accustomed to seeing at Mass. 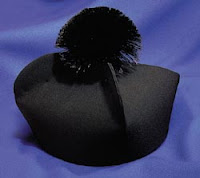 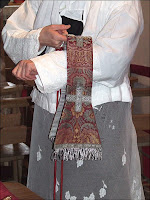 You may recognize the biretta, but perhaps not the maniple over the arm of the priest.

The Catholic Encyclopedia gives us a history of the maniple. But more important to me is the spiritual symbolism of the maniple as it is viewed more currently, also explained in that same text:

In the Middle Ages the maniple received various symbolical interpretations. At a later period it was common to connect this vestment with the bonds which held the hands of the Saviour. In the prayer offered by the priest when putting on the maniple are symbolized the cares and sorrows of this earthly life which should be borne with patience in view of the heavenly reward.

As this illustrates, vestments are not without meaning, and with them, each has a prayer the priest prays as they go on. This is true of the vestments worn in the Novus Ordo, as well, and we can only hope that all priests do pray as they vest. Here is the prayer for the maniple according to the 1962 Missal, compliments of the Catholic Liturgical Library online:

As he places the maniple over his left arm:

Lord, may I worthily bear the maniple of tears and sorrow so as to receive the reward of my labor with rejoicing

First there are the prayers of the priest which differ in a most beautiful way in the 1962 Missal from the Novus Ordo. An interesting side-by-side comparison of the Mass text can be found at the website of the Latin Mass Society. Here is one example: Offering of the Host.

In the Novus Ordo:

P: Blessed are you, Lord, God of all creation. Through your goodness we have this bread to offer, which earth has given and human hands have made. It will become for us the bread of life.

R. Blessed be God for ever.

[The celebrant pours wine and a little water into the chalice saying quietly:]

P: By the mystery of this water and wine may we come to share in the divinity of Christ, who humbled himself to share in our humanity.

P: Receive, O Holy Father, almighty and eternal God, this spotless host, which I, Thine unworthy servant, offer unto Thee, my living and true God, for my countless sins, trespasses, and omissions; likewise for all here present, and for all faithful Christians, whether living or dead, that it may avail both me and them to salvation, unto life everlasting. Amen.

[The priest goes to the Epistle side and pours wine and water into the chalice.]

P: O God, Who in creating man didst exalt his nature very wonderfully and yet more wonderfully didst establish it anew: by the mystery signified in the mingling of this water and wine, grant us to have part in the Godhead of Him Who hath vouchsafed to share our manhood, Jesus Christ, Thy Son, Our Lord, Who liveth and reigneth with Thee in the unity of the Holy Ghost, God; world without end. Amen.

WOW! Not only is the 1962 version and translation artistic, but the prayers have such depth. This is only one example. You have to follow along in a Missal or pamphlet, which I know Fr. Perrone either has developed, or will, for this Mass.

It's true that there is less for people to say in the older form of the Mass. But, there is a mistaken notion that active participation means "doing" something physically - in this case speaking. Not so. Pope John Paul II pointed this out in 1998 in an ad limina address to bishops out in the western US.

Active participation certainly means that, in gesture, word, song and service, all the members of the community take part in an act of worship, which is anything but inert or passive. Yet active participation does not preclude the active passivity of silence, stillness and listening: indeed, it demands it. Worshippers are not passive, for instance, when listening to the readings or the homily, or following the prayers of the celebrant, and the chants and music of the liturgy. These are experiences of silence and stillness, but they are in their own way profoundly active. In a culture which neither favors nor fosters meditative quiet, the art of interior listening is learned only with difficulty. Here we see how the liturgy, though it must always be properly inculturated, must also be counter-cultural.

One example that will be noticeable, is that we the laity do not vocalize the Our Father. Rather, the priest prays it and we follow mentally. I found that I could pray the Our Father interiorly at this time. For me, the stillness and silence left me in more of a meditative mode than when I vocalize the prayer.

Similarly, we do not say, "Amen" when the priest presents Holy Communion to us. This brings up something else we will notice: Communion will not be intincted in the Precious Blood.

DISCOVERING THE RICHNESS OF THE OLD LATIN MASS

There is so much more to explore with the Extraordinary Form of the Roman Rite. The spirituality of everything from what is worn to what is used, and what is prayed, has a richness that, in my humble opinion, elevates worship of God to a new level in the Mass. As we uncover the depth of spirituality, I believe more people will develop a fondness for it.

I am grateful for the opportunity to assist at this Mass, and I am supportive of my pastor who has longed to provide it to the many in our parish who have also longed to have it.

We'll continue to look at more over time, but these were a few examples I wanted to point out.