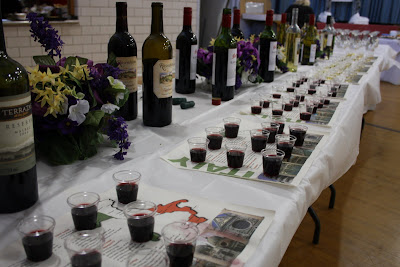 Assumption Grotto is a happening place. It seems there is hardly a week that goes by without something to go to. This was a worthy cause - a parish fundraiser. 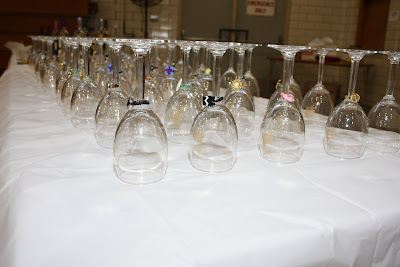 Below is Giuseppe Pracilio of the California Wine Grapes Company with Fr. Eduard Perrone. 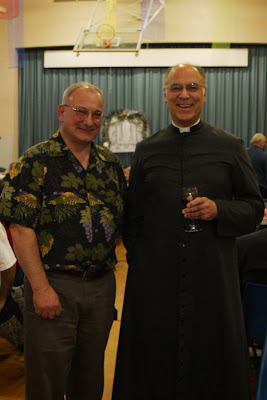 Those who purchased tickets were treated to an Italian dinner of pasta, sausage, and more. Music was provided by I.A.C.S. Coro Italiano - a Strolling - Dance Band founded by Luigi and Angela La Marra. 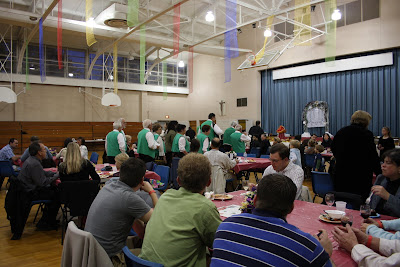 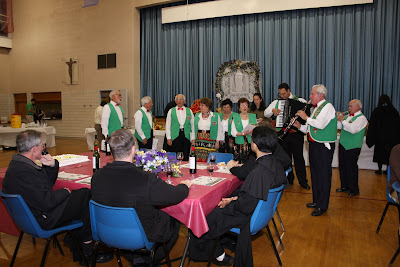 A demonstration on making wine the old-fashioned way was participated in by several of the children in attendance. 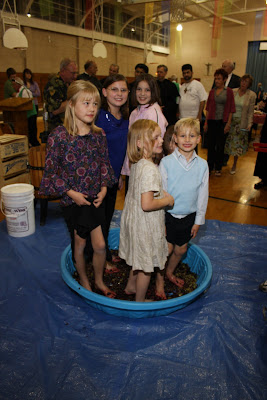 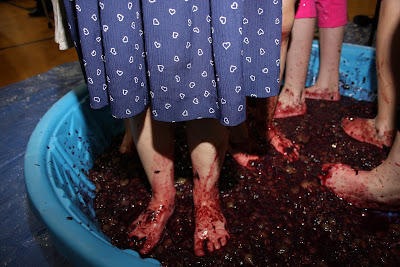 And....there were a few big kids getting into the action.... 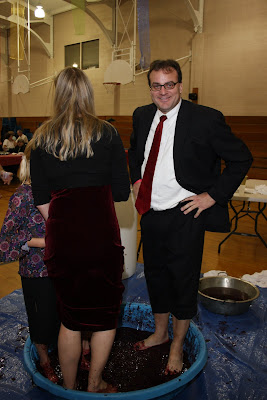 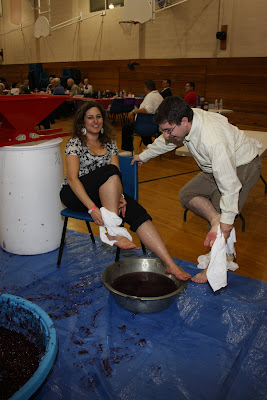 Fr. Perrone hit the "ivories" near the end and one man decided to tip the player. Within the minutes, greenbacks were hitting the cup en masse. 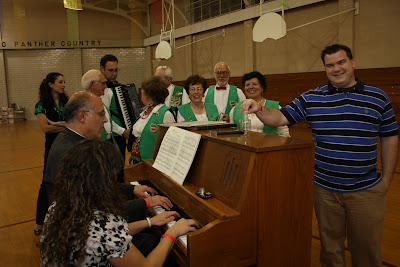 It took Fr. Perrone a few minutes to notice what was going on, but by the time he had, some bigger bills started to drop into the cup. At the end, he declared that all money donated into the cup, including the dimes, nickels and pennies, would go towards the parish fundraiser. Now we know how to get our pastor to play the keys. 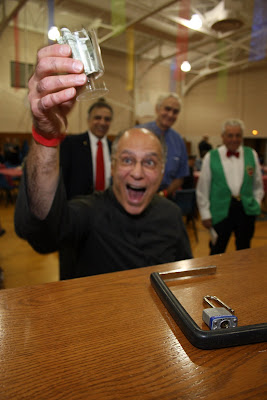 Even the pastor's mother did some tipping of her own. 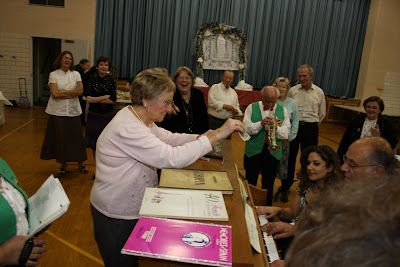 It was a very fun night. I'm sure it won't be Assumption Grotto's last wine-tasting fundraiser.