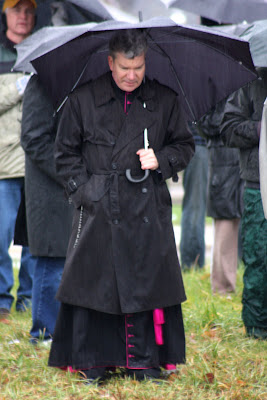 The Very Rev. Monsignor Jeffrey M. Montforton leads the Rosary outside of two abortion clinics where about 200 people braved pouring rain. As you will see, the rain adversely affected the quality of most outdoor pictures, including this one.

The current rector of Sacred Heart Major Seminary in Detroit, Monsignor Jeffrey Montforton led the November 15, 2008 Helpers of God's Precious Infants (HGPI) Prayer Vigil. The day began at Assumption Grotto Parish in Detroit with 7:30am Mass, celebrated by the monsignor. Mass was in the ordinary form, using the low, table altar.

It was concelebrated by a priest of the Order of Canons Regular of the Holy Cross, and order with offices on the grounds of the parish. The theme of the homily, delivered by Monsignor, was to stand up for life at the beginning, in the middle, and at the end.

People then made their way to nearby St. Veronica parish at 8:30 where they prepared for the next phase of the quarterly vigil: A Rosary procession. About 200 people processed in pouring, icey rain, about 4 blocks to 8 Mile where they prayed on the boulevard across from two abortion clinics.

You will see that the procession was done under the banner of Our Lady of Guadalupe. Here is the connection between this image of Mary and the pro-life movement.

At around 10:30am, about half the people returned to Assumption Grotto where the pastor, Fr. Eduard Perrone offered Benediction with the Blessed Sacrament. The lounge was packed with standing room only, along with a few stragglers in the hallway as people had refreshments and listened to HGPI-Michigan president Dan Goodnow, and Mary, one of the apostolates sidewalk counselors. Before the meeting began, Fr. Perrone stopped in and offered a few words of encouragement and another blessing. 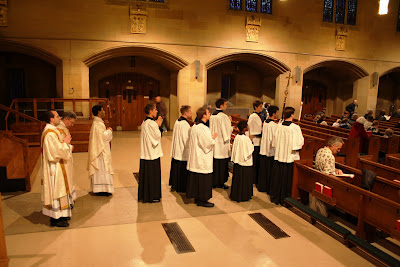 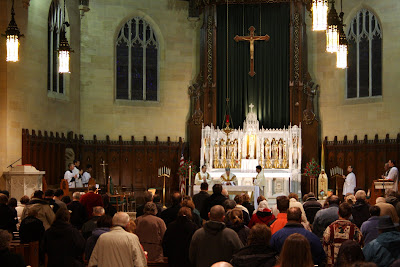 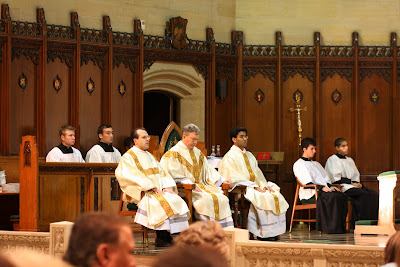 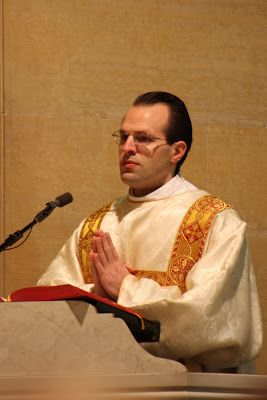 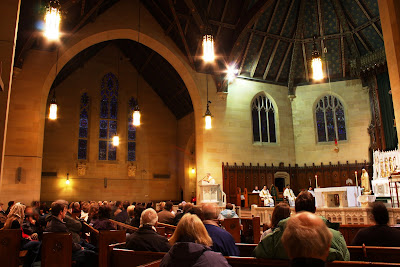 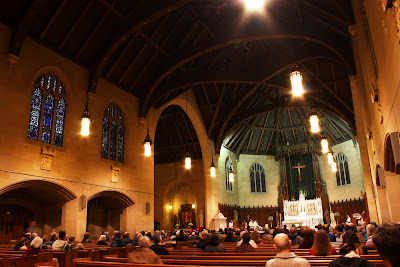 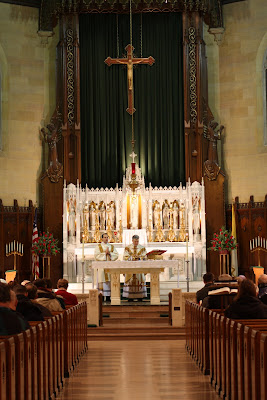 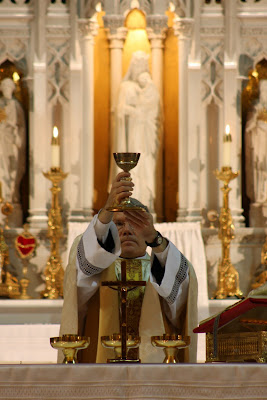 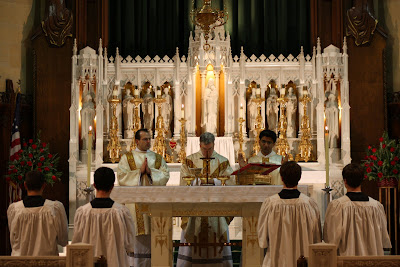 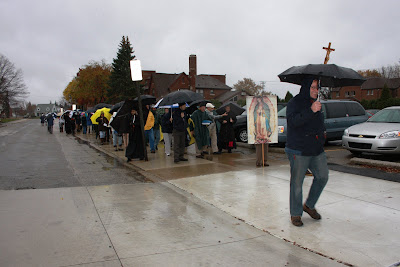 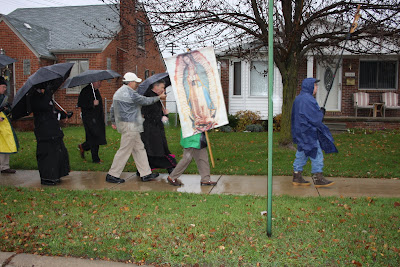 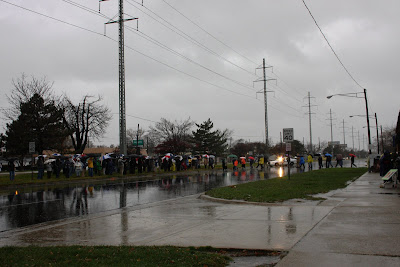 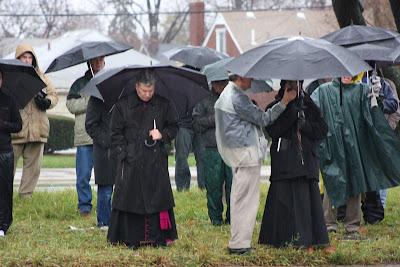 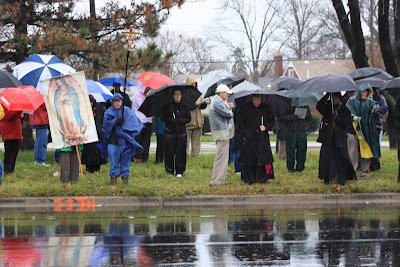 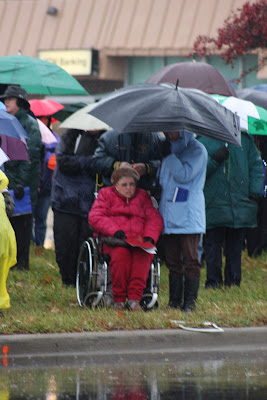 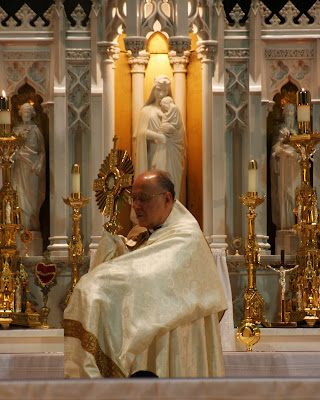 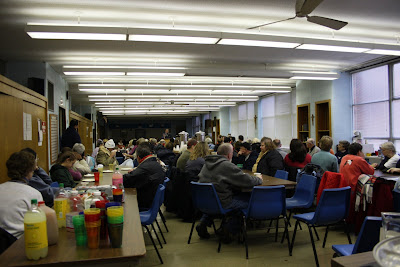 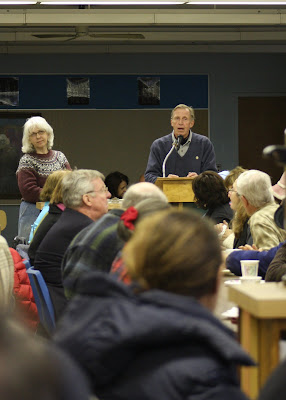 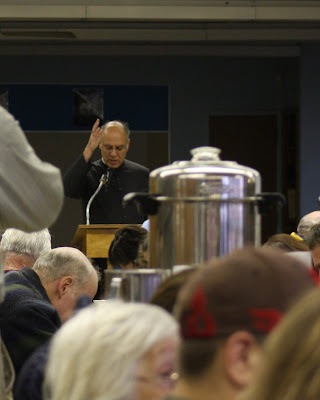 I could not post all of the photos here. There are several ways to see the entire collection of photos.
PAST VIGILS IN PHOTOPOSTS

The Helpers blog is not updated very often, but it is good to check in for notifications of future vigils which are sent to me as soon as they are available. I hope to add some of the content found on the tables following the vigil in time. I also make vigil info available here at Te Deum so you might want to bookmark this site, as well for future updates.
Te Deum Laudamus! Home