Medjugorje: Papal Preacher Cantalamessa Will Not be Directing Priest Retreat 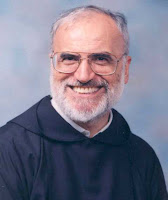 Fr. Raniero Cantalamessa OFM Cap., Preacher of the Papal Household, [right] had been scheduled to preach in Medjugorje in the beginning of July at a Spiritual Retreat for Priests. The Diocese of Mostar-Duvno released a letter on June 18th, 2007 asking that it be published far and wide so that word would get out to people: Fr. Cantalamessa will not be directing a priest's retreat in Medjugorje. After some communications between the diocese and Fr. Cantalamessa, the Papal Household Preacher stated:


“My principle is not to preach, especially not to the clergy, without the permission of the local bishop”.

Contained here is the full press release from the Diocese of Mostar-Duvno in English.

In order to avoid repeating abuses that have occurred in the past, for almost six years now a decision of the Diocesan Chancery of Mostar in the form of a circular letter dated 23 August 2001, has been in force and sent to all the parish rectories and communities of Religious men and women which declares: “3. - All Parish rectories and Religious institutions are obliged to forward to this Diocesan Chancery in due time, the names of all foreign priests and bishops coming from beyond the areas where the Croatian language is spoken, who have been invited to hold spiritual retreats, seminars and similar spiritual encounters, in which the Word of God is preached and explained. Along with the name(s) and the request, a copy of the celebret of the priest or bishop must be included, who after having received written permission from this Diocesan Chancery, will be allowed to hold such spiritual exercises” (NEWS. Catholic Press Agency of the Bishops’ Conference of Bosnia-Herzegovina, 5 September 2001, pp. 30-31; Glas Koncila, 9 September 2001, p.2).

Despite the above mentioned decision, the news of a spiritual retreat for priests directed by Fr. Raniero Cantalamessa OFM Cap., Preacher of the Papal Household, to be held in Medjugorje at the beginning of July 2007 appeared on the internet many months ago, yet the organizers of this retreat did not inform the Diocesan Chancery in Mostar according to the norm, prior to the event. In this regard, celebrations of the sacrament of reconciliation are being publicized billing, alongside Fr Cantalamessa, Fr. Jozo Zovko [left]; yet the latter since 2004 has been relieved of all priestly faculties in the territory of the dioceses of Herzegovina (Vrhbosna, 3/2004, pp.293-298).

The Pastoral decision of 23 August 2001 regarding leaders of spiritual retreats and conferences was reaffirmed and expressly emphasized by the Bishop of Mostar-Duvno, Msgr. Ratko Perić [right]in his discourse and invitation given during the Chapter elections on 16 April this year at Humac, where he was officially invited to preside at Holy Mass. On that occasion the Diocesan bishop mentioned the following regarding Medjugorje:


The discourse was published in its entirety at the beginning of May this year in the diocesan pastoral monthly (Crkva na kamenu, 5/2007, pp. 33-35).

After exchanging various letters between the Diocesan Chancery and the Parish Rectory of Medjugorje, the pastor of Medjugorje Fr. Ivan Sesar notified the bishop in his letter dated 13 June 2007 that: “Upon my insistence due to the shortness of time, I asked P. Cantalamessa to send his acknowledgment of receipt of my letter by fax, which he did in the meantime. He accepts my apology and regrets that due to the newly arisen circumstances he cannot come, since in principle he never does public appearances without the permission of the local Ordinary”.

This Diocesan Chancery never received any written request for permission as is the norm, from either of the parties involved with regard to the spiritual retreat and its moderator.

With this Press Release the Diocesan Chancery wishes to emphasize that the norms of the Code of Canon Law have not been respected in this case, which state that express permission for priests and deacons is required for preaching if this is demanded by local law, as well as observance of the norms issued by the Diocesan bishop. The Diocesan Chancery also particularly deems necessary to release this to the Catholic public in order to avoid misinterpretations and deceptions which can been seen in the comments on the web sites that regard Medjugorje as a place of supposed apparitions for which the position of the Church remains: “that it cannot be affirmed that these events concern supernatural apparitions and revelations”.


That was pretty strong language used in the bullet points repeated from a 2001 document. "Obstinancy of the pastors and other associates....". Keep in mind that no definitive judgment has been handed down, but these kinds of things are used in discernment. For pastors and associates to disobey the bishop, and to be obstinate about it yet, is something to be weighed in the 1978 document on discernment of apparitions. We can look to St. Faustina's case to understand this. While there was a ban on her material, God perhaps had a purpose for the delay in getting the Divine Mercy into full swing. Part of St. Faustina's suffering was resulted from the rejection she endured. This shows extraordinary virtue and made her saintly status visible. Hence, obedience on the part of alleged visionaries and their associates is a positive fruit.

Also, it was rather surprising that the Papal Household Preacher was going to direct a retreat at the location of an alleged apparition which has not been approved. For such a distinguished member of the Vatican to appear there, could create scandal, especially since Fr. Jozo Zovko was to be involved. I personally knew Fr. Jozo Zovko when I lived in that region (1980-83) and he remains in my prayers.

I am going to assume that Fr. Cantalamessa was not aware of the issues surrounding Fr. Zovko and I won't get into the kind of details that are best left between that priest, his bishop and his confessor. Any comments that appear in the combox discussing those details will be deleted as it may be a form of detraction. All that is needed to know is whether his faculties are good or not. To establish that (since several well-traveled Medjugorje sites are disputing this issue)....

From the online book by Michael Davies, "Medjugorje - After Twenty One Years", is the following background:


A report in The Catholic Herald of 29 November 2002 reported that Father Zovko had been forbidden to celebrate Mass in the national shrine of the Immaculate Conception in Washington after the Rector, Monsignor Michael J. Bransfield had written to Monsignor Peric asking him to clarify the Franciscan's juridical status. In his reply, dated 18 November the bishop explained that Father Zovko is a disobedient Franciscan whose faculties and canonical mission in the dioceses of Mostar-Duvno and Trebinje-Mrkan were revoked by Monsignor Pavao Zanic on 23 August 1989. Monsignor Peric upholds the decision of his predecessor, and adds that, as Father Zovko has heard confessions without the necessary faculties, he has incurred the penalties prescribed in canon 1378 of the Code of Canon Law, i.e. an automatic (latae sententiae) suspension. In 1990 the Congregation for the Evangelization of Peoples required him to leave Medjugorje and take up residence in a distant convent (convento lontano), but he has refused to do so and is still actively involved in Medjugorje.

The website, Send your Spirit Medjugorje has a full dialogue in letters captured on this matter. This is a good, objective string. Near the bottom one will see that while the Bishop says Fr. Zovko's faculties are suspended, Fr. Slavko Soldo - then Provincial of the Order contradicted the bishop stating Father is in good standing. Keep in mind a provincial, such as Fr. Soldo, does nto have the ability to ordain a priest - that is reserved to the bishop. The bishop in this case trumps the provincial. The people of Send your Spirit Medjugorje faxed over the following back to Fr. Soldo:

Although Fr. Jozo is in good standing with you, he is, however, in disobedience to the local bishop, and therefore, the church, as indicated in the letter (Dated November 18, 2002, Prot. 1942/2002) from Bishop Ratko Peric of Mostar to Msgr. Michael J. Bransfield, Rector Basilica National Shrine Of Immaculate Conception, Washington, D,C. Fax 001 202 526 8313.

Why did your Franciscan province permit him to be in such disobedience and without priestly faculties for 13 years?

No reply to these questions were ever received according to the website.

PLEASE NOTE THAT COMMENT MODERATION IS ON SO YOU WILL NOT SEE YOUR COMMENT UNTIL AFTER I PUBLISH IT. PLEASE DO NOT RESUBMIT YOUR COMMENT. RATHER, TAKE NOTE OF WHETHER IT SAYS IT IS AWAITING MODERATION.