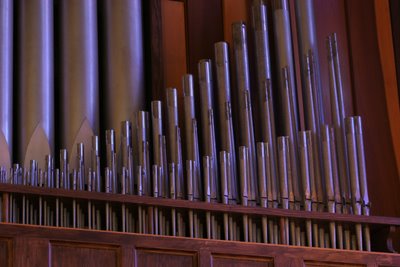 A shot of some of the organ pipes in Assumption Grotto's choir loft.
Blue light was coming from the large stained-glass window.

Continuing with photos of the visit by Archbishop Raymond L. Burke, as head of the Marian Catechesists - an apostolate founded by Fr. John A. Hardon, S.J., whom was being remembered on December 30th.

We continue with the Mass....

The Bishop, priests, and deacon listens to the readings... 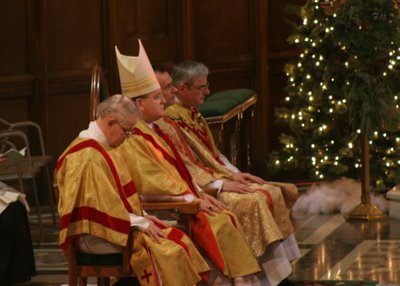 The altar boys approach with the thurible that will be used by the Deacon just ahead of reading the Gospel as he stands at the pulpit. 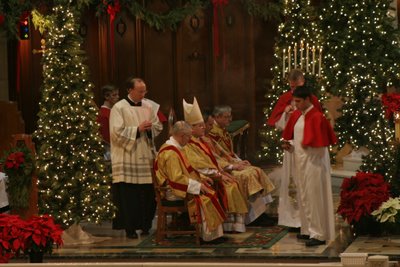 The Deacon reads the Gospel. 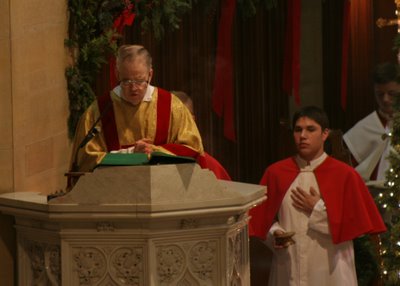 One of the first things I noticed when I first came to Assumption Grotto in 2005 was that words like sin, sacrifice, mortification, self-denial, justice, confession, devotion, adoration, and many others were not absent from pulpit vocabulary. It is well balanced with words like forgiveness, love, joy, patience and others which, when used exclusively, give the illusion that religion is all about comfort. This is a stark contrast to my post-Conciliar upbringing where the latter ruled. I believe it enabled me to live a life of indifference, and even sinfulness. Like any human, the consequences of Original Sin left me struggling with all sorts of inclinations towards the bad, and made it hard work to do the good and right things. If our pastors and bishops don't challenge us to sanctity, who will? Sermons at Grotto have a way of making us move, not out of fear and trembling, but out of a desire to love God by following his Commandments. This is what wholesome sermons do!

The Archbishop was no different than priests at Grotto in his talks and it is what makes him a shepherd so well followed by young and old alike. He tells it like it is. In his sermon he spoke of Satan's influences today and the importance of being well catechized. He spoke of Fr. Hardon as a Master Catechist and challenged us all to work at the same. The Marian Catechist is not necessarily someone who teaches catechism in the classroom. Rather, it is someone who learns the Catechism well, using a structured approach developed by Fr. John A. Hardon, S.J. in a home study program. By becoming well catechized, we become a catechist to anyone we meet on the street, within our families, and in the workplace. It is through this knowledge, and through a structured prayer-life - one based on Eucharistic and Marian devotion, that we make things very difficult for Satan and counter what he has already done in the world. One person at a time, we grow in sanctity, allowing the Blessed Mother to influence us, further crushing the head of the Evil One. 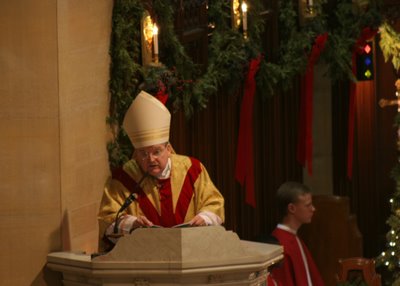 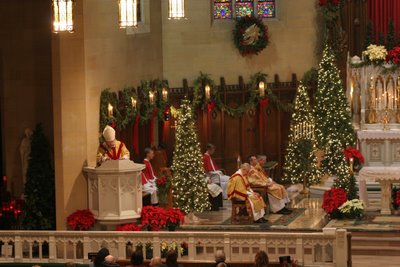 These are a few sample pages from the Marian Catechist website...
Once you spend some time exploring this apostolate, you will see just how orthodox it is, and how individual it is. It's done at home - alone or as a family. You can be a theology professor, yet still become a Marian Catechist. You can be a housewife, an engineer, and you can belong to other apostolates and still become a Marian Catechist. It will compliment your work in any other field. Does this mean you will teach catechism in a classroom? No. But, if you teach catechism in a parish, you will become a far better catechist through this program, than 98% of any diocesan programs out there.

Posted by Diane Korzeniewski at 8:31 AM