George Weigel: The saints and angels in heaven aren't singing, "Gather us in"

People from many quarters are really beginning to speak up on matters liturgical. I was doing my daily news rounds and found this on New Advent:

If you like straight talk, you'll see it in George Weigel's column at First Things: Breaking Bad Liturgical Habits II.  Here are the first two paragraphs:

As I remarked late last year, the introduction of the third edition of the Roman Missal and the new translations of the liturgical texts offer the entire English-speaking Church an opportunity to correct some bad liturgical habits that have developed over the past four decades. The point of these corrections is neither liturgical prissiness nor aesthetic nostalgia; there is no “reform of the reform” to be found in lace surplices, narrow fiddleback chasubles, and massive candles. The point of correcting bad habits is to celebrate the Novus Ordo of Paul VI with dignity and beauty, so that Holy Mass is experienced for what it is: our participation in the liturgy of saints and angels in heaven—where, I am quite confident, they don’t sing treacly confections like “Gather Us In.”


Note to Celebrants (not “Presiders”): If you’ve fallen into the bad habit of concluding Mass by some variant of “May almighty God bless us all, Father, Son and Holy Spirit,” please cease and desist. You were not ordained to the ministry of Word and sacrament to invoke, generically, the divine blessing, which anyone can (and should) do before and after meals; you were given the power to confer the divine blessing by being configured to Christ in Holy Orders. Catholics who embrace the truth of Catholic faith do not enjoy clericalism. But they do not find comfort, much less evangelical leadership, from priests who imagine they can avoid clericalism by unwittingly denying the truth of their own sacramental vocation and its distinctiveness.

My attention was just drawn to this comment by Tony Esolen (I'm assuming this is Anthony Esolen who also contributes to First Things) in the combox there (at 1.4.2012 | 6:28am)

Emphasis mine in bold:


In no particular order:


We should stop calling the treacle "folk music." It isn't. It has not risen from the folk and their traditions (unlike Negro spirituals). It does not have the rhythms that make folk music singable by large groups of people (unlike shape note hymns). Stuff like "On Turkey's Wings" has the melodic characteristics of (very bad) show tunes, to be sung by show-off soloists.


If we're going to sing all the verses of a hymn -- and I think we should, unless we're talking about fifteen verses -- then those verses had better be what the poet or translator actually wrote, and not the mangled and mutilated and castrated and stultified things that the committees have turned them into.


I am around young people all the time. I teach them for a living. That is, in a couple of weeks I'll be returning to the first year of our twenty-credit course in Western Civilization; my teammates and I are responsible for 147 freshmen. We meet them every day. In short -- I get a pretty fair idea of what impresses young Catholics. Anybody who thinks that the young Catholics (especially the young men) actually LIKE the cadres of middle-aged Caruso wannabes and Leontyne Price wannabes, crooning some effete nonsense, is seriously mistaken. If I offered an informal course on singing polyphony, I'd have forty students signing up for it overnight. 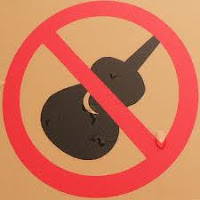 Bingo!  That's what I'm seeing.  Organizers for youth events are always trying to make the music "relevent".  I once played in one of those so-called, "folk bands" in my 20's all the while I yearned for sacred polyphony. Chant I could not have imagined, but the first time I heard it - at Assumption Grotto in Detroit - it was so unlike the music I heard when I got in my car and turned on the radio.   That is how liturgical music is suppose to be - different from our experience outside of the Mass.

Don't  misunderstand me: I like classical guitar.  In fact, I love it - outside of the Mass.

If you go around the country and look at the Traditional Latin Mass communities and parishes where the new Mass is celebrated in a reserved manner, you should note the demographics of the group.  It was the first thing I noticed at Assumption Grotto was the many young faces and big families.

I think one of the worst things I experienced in the years before I found Grotto was when a monsignor, taking over as pastor of my childhood parish, removed the stations of the cross.  In their stead, were what I often refer to as the "Dating Game" pansies.  These ugly, tin asterisks doted the walls of the parish and there was an aroma of potpourri.  The entire church had been entirely emasculated.  What is even more amazing is that people would wonder why men were disinterested in coming to Mass.

What I noticed was masculinity of the sights, sounds and smells of Assumption Grotto when I first got there and it did not surprise me to find the pews well balanced with men and women.  Wood and marble make up the structure; there are beautiful gold chalices and ciboriums rather than the speckled fake precious metal, with painted something or other on it; there is brass - lots of it.  The pick up the scent of incense before you even walk through the door, at any time of the day.  There are the sounds of bells ringing and chains clanging delicately as the thurible swings, such as those in the pic below from Corpus Christi 2010.  Altar boys, and men work the sanctuary with a graceful cadence, dressed in cassock and surplice.  There are no females in the sanctuary and it does not bother me in the least.  Even when I'm not singing in the choir, I would dare anyone to say I'm not fully participating in the Mass when I head deeply into prayer as I listen to Gregorian chant.


The obedient are not held captive by Holy Mother Church; it is the disobedient who are held captive by the world!
Note: The recommended links below are automatically generated by the tool, so they are not necessarily related content.
Posted by Diane Korzeniewski at 9:29 PM