I have a couple of photo-posts to make including this one which is of a Mass of Thanksgiving following ordination. The Mass took place last Sunday at Noon. Fr. John Eudes Brohl, ORC - an American - was ordained in Brazil where the order has it's seminary.

I also have photos of the prayer vigil held by Archbishop Vigneron this past Saturday, and will post them in the next day or two.

This is the new Mass, celebrated ad orientem, and concelebrated. Among the concelebrants were brother priests, also from the Order of Canons Regular of the Holy Cross.

Here are a few pictures.   You can view the full set at my Smugmug account. 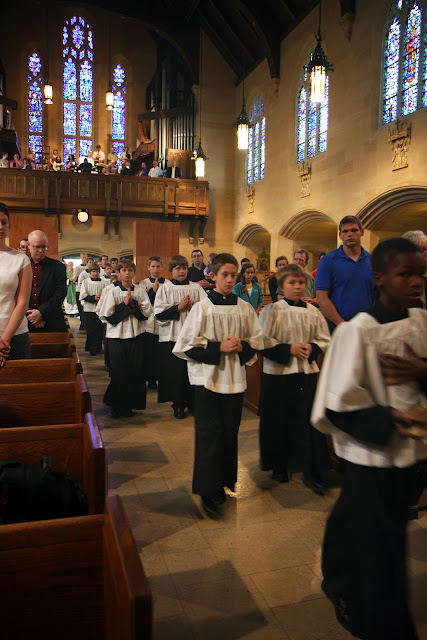 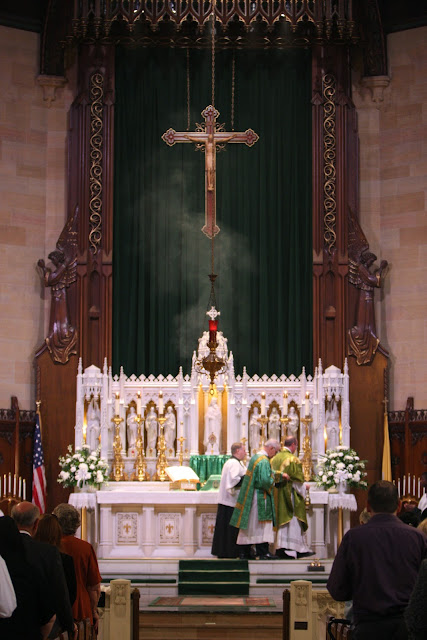 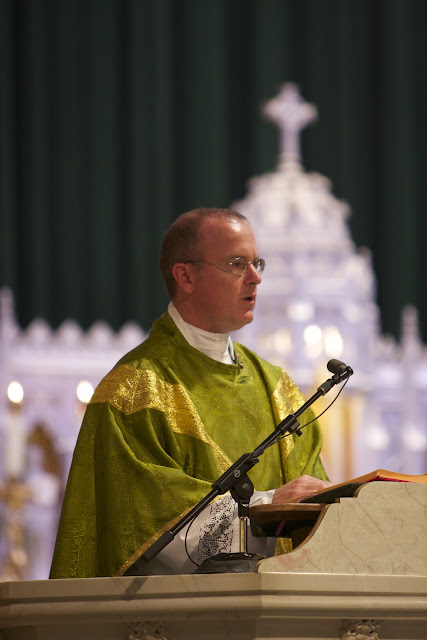 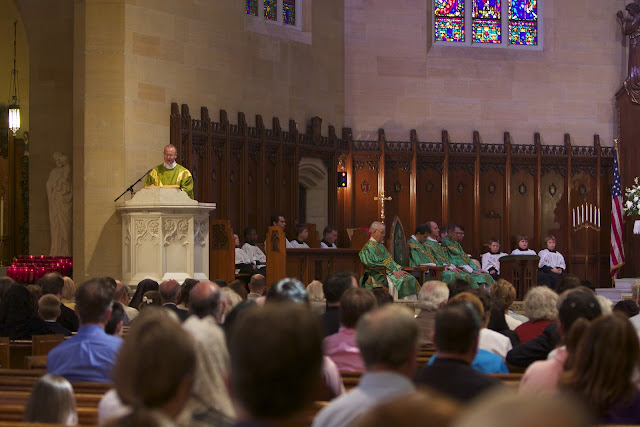 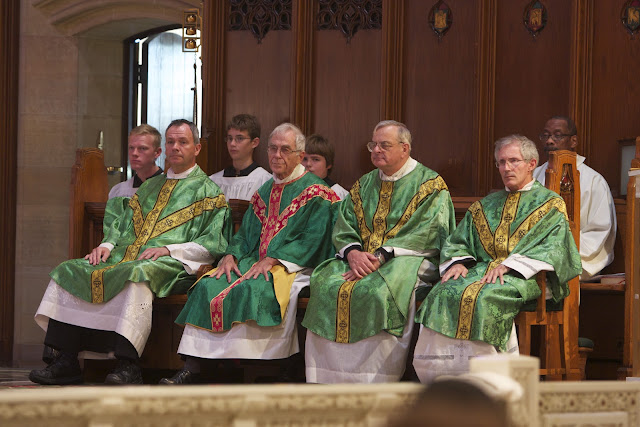 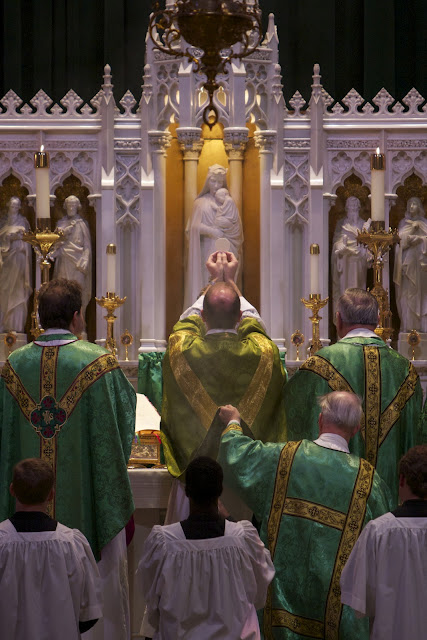 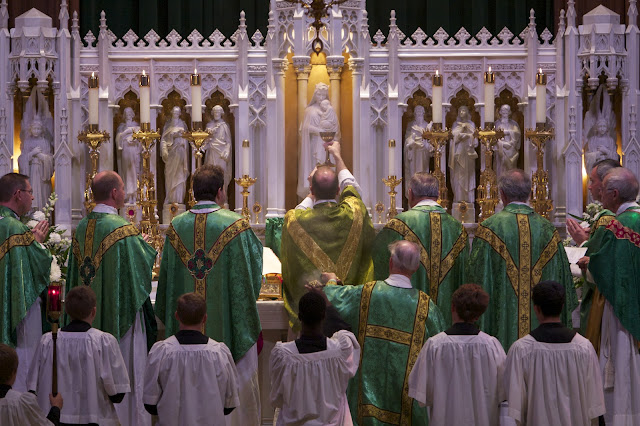 After Mass, Fr. John Eudes blessed the people with the relic of St. Theotonius and people lined up at the altar rail for veneration offered by Fr. Ludwig and Deacon Jim Wilder. 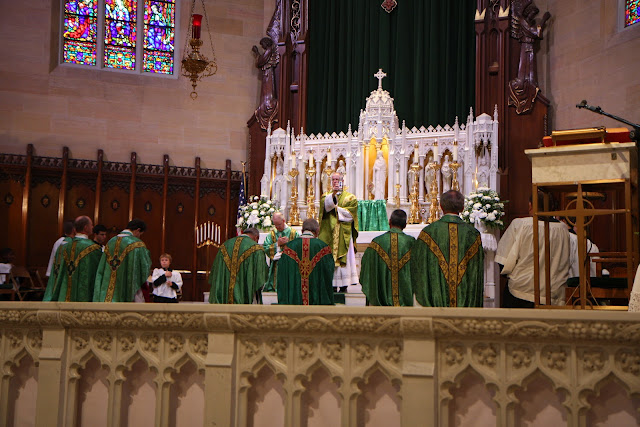 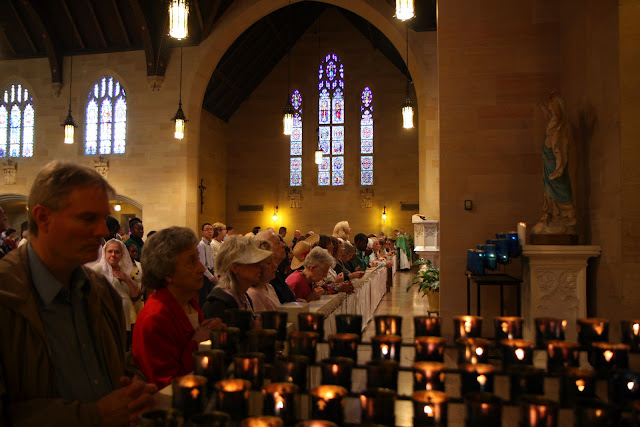 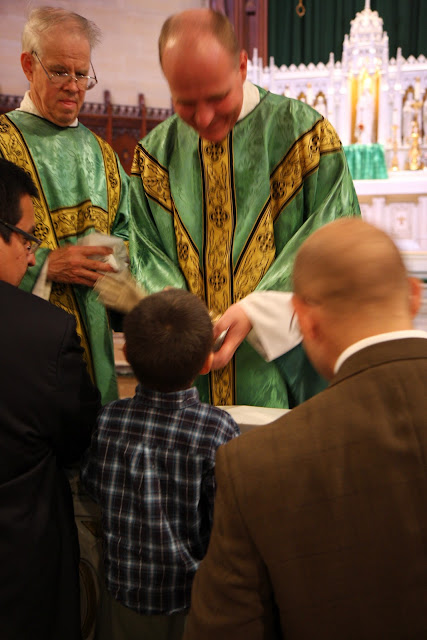 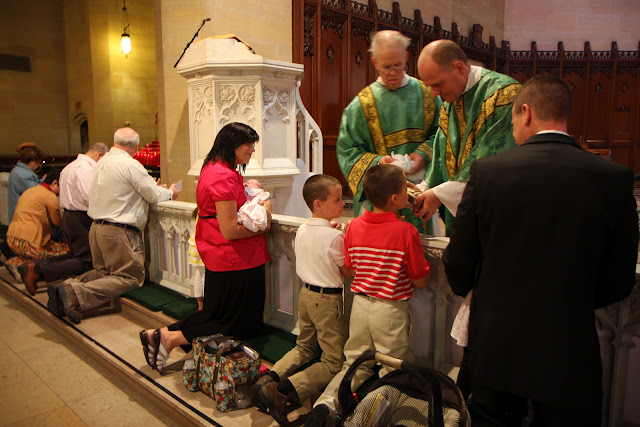 After the Mass, there was a reception in the gym and the recently ordained priest offered first blessings. 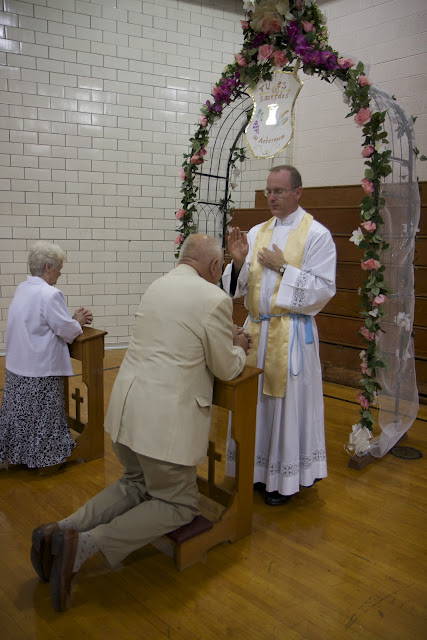 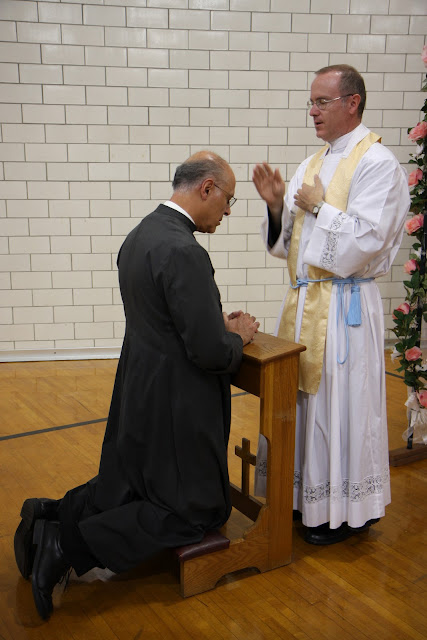 We see in the photo below a custom in some countries following ordination.  The hands of the priest re sacred and some respond to the newly consecrated hands by kissing them. 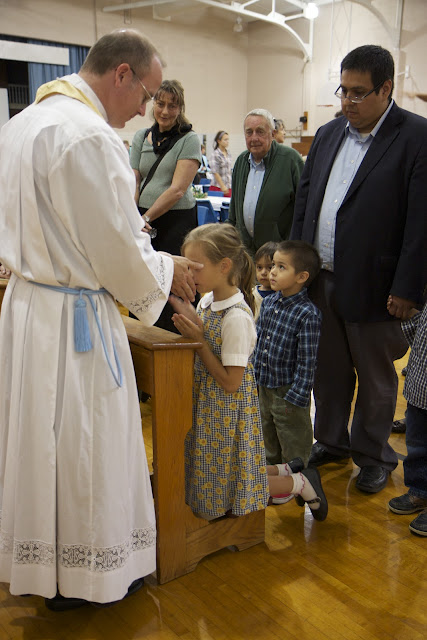 Note: The recommended links below are automatically generated by the tool, so they are not necessarily related content.
Posted by Diane Korzeniewski at 5:43 AM