Today is First Friday. The first Friday of every month is when many make devotions to the Sacred Heart of Jesus. Go to an Adoration chapel if you can get to one today. Assumption Grotto holds Adoration in the parish church rather than in the small chapel today, until about 6:30.

Sacred Heart devotion fell by the wayside along with many other time-tested devotions, but has been making a big comeback. I wrote a lengthy post about the need to make reparation, especially before making petitions. Specifically, if we are going to ask God to sanctify the United States, ought we not first make an act of reparation for what we and others have done to offend God? Here is a portion of what was in my post on this: 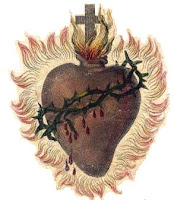 Pius XI wrote extensively about reparation in his 1928 encyclical, Miserentissimus Redemptor (on Reparation to the Sacred Heart), it is hard not to imagine that it was written for today. In fact, it is truly timeless and something worth revisiting considering the problems we now face.  While the Month of the Sacred Heart (June) is now behind us, devotion to the Sacred Heart is performed around the year, particularly on the First Friday of each month. This particular encyclical treats the subject of reparation very deeply, and it is a relatively short read.

Near the beginning, in paragraph 4, Pope Pius XI says something that caught my attention, given our current situation here in the United States. Remember, this was written in 1928.

"...But since in the last century, and in this present century, things have come to such a pass, that by the machinations of wicked men the sovereignty of Christ Our Lord has been denied and war is publicly waged against the Church, by passing laws and promoting plebiscites repugnant to Divine and natural law,..."


Paragraphs 16 and 17 are worth quoting in full because they too seem remarkably written for today: 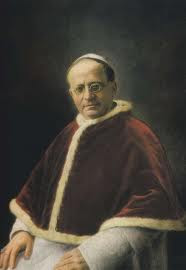 16. But it is yet more to be lamented, Venerable Brethren, that among the faithful themselves, washed in Baptism with the blood of the immaculate Lamb, and enriched with grace, there are found so many men of every class, who laboring under an incredible ignorance of Divine things and infected with false doctrines, far from their Father's home, lead a life involved in vices, a life which is not brightened by the light of true faith, nor gladdened by the hope of future beatitude, nor refreshed and cherished by the fire of charity; so that they truly seem to sit in darkness and in the shadow of death. Moreover, among the faithful there is a greatly increasing carelessness of ecclesiastical discipline, and of those ancient institutions on which all Christian life rests, by which domestic society is governed, and the sanctity of marriage is safeguarded; the education of children is altogether neglected, or else it is depraved by too indulgent blandishments, and the Church is even robbed of the power of giving the young a Christian education; there is a sad forgetfulness of Christian modesty especially in the life and the dress of women; there is an unbridled cupidity of transitory things, a want of moderation in civic affairs, an unbounded ambition of popular favor, a depreciation of legitimate authority, and lastly a contempt for the word of God, whereby faith itself is injured, or is brought into proximate peril.

17. But all these evils as it were culminate in the cowardice and the sloth of those who, after the manner of the sleeping and fleeing disciples, wavering in their faith, miserably forsake Christ when He is oppressed by anguish or surrounded by the satellites of Satan, and in the perfidy of those others who following the example of the traitor Judas, either partake of the holy table rashly and sacrilegiously, or go over to the camp of the enemy. And thus, even against our will, the thought rises in the mind that now those days draw near of which Our Lord prophesied: "And because iniquity hath abounded, the charity of many shall grow cold" (Matth. xxiv, 12).


Of course, abortion was not legal in the U.S. in 1928 and in many other countries. While there were always some abortions happening illegally, since Roe v. Wade more than 54 million persons were deprived of the opportunity to know, love, and serve God giving us more then 54 million acts of reparation to make collectively.  This says nothing of the children they were destined to have, and their offspring.  From among these discarded people were priests and religious who could have served our parishes and schools (keeping them open), scientists who could have discovered cures for cancer, engineers who could have solved the problems of famine, diplomats who could have prevented wars, musicians and artists, and many ordinary people. Abortions don't end when they become illegal; they end when hearts are won over to Christ!  Moreover, no one is beyond God's mercy for those who seek it, including women who have had abortions, and for those who encouraged them.

In paragraph 18, Pius XI writes, "Now, whosoever of the faithful have piously pondered on all these things must need be inflamed with the charity of Christ in His agony and make a more vehement endeavor to expiate their own faults and those of others, to repair the honor of Christ, and to promote the eternal salvation of souls."  In the next paragraph, we are reminded of how the Angel consoled Jesus in the garden.  When we make acts of reparation - big and small -  they are consoling to Our Lord because He is not confined by time.


There is a Prayer of Reparation to the Sacred Heart of Jesus at the end of the encyclical, Miserentissimus Redemptor.  And, there are a number of other prayers associated with this devotion.


When you have time, visit my post on reparation and see what others had to say about reparation including Fr. John Hardon, SJ, and how St. Dominic Savio made reparation a part of his life, and some discussion of Fatima and Divine Mercy. 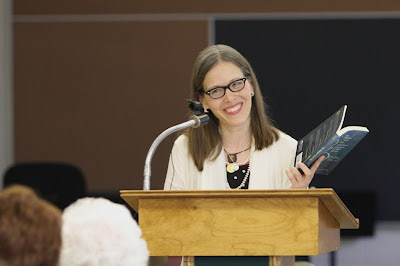 On another topic, Dawn Eden, who visited Detroit this past spring to talk about her new book, My Peace I Give You: Healing Sexual Wounds with the Help of the Saints

, will be on Catholic Answers Live with Patrick Coffin tonight at 7 PM Eastern.  If you don't get it on the radio, you can tune in online.

Visit Dawn's blog to see where she has been on her book tour, to hear audio, see video, and get more information about where she is visiting next.


Now, if you missed Cardinal Dolan's benediction at the Democratic National Convention, you can watch it here. I think Fox News and C-Span were the only two that carried it. The networks bowed out. You will find some of this pleasantly surprising and bold.

Here is the full text of Cardinal Dolan's prayer for those who want to read it.

Note: The recommended links below are automatically generated by the tool, so they are not necessarily related content.
Posted by Diane Korzeniewski at 10:26 AM