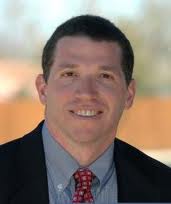 There is a new face at the USCCB and some excitement with the appointment. First, the news:

Jonathan Reyes, director of social ministry for the Archdiocese of Denver and president and CEO of the archdiocese’s Catholic Charities and Community Services, has been named executive director of the Department of Justice, Peace and Human Development of the United States Conference of Catholic Bishops.

Reyes replaces John Carr, who retired after 25 years in his position.

Reyes, a father of seven, served as a history professor and vice president of academic affairs at Christendom College, as well as director of Christendom Press, before becoming vice president for campus ministry and leadership formation of the Fellowship of Catholic University Students (FOCUS). Reyes then became founding president of the Augustine Institute, a Denver-based theological institute, before going to work for the archdiocese.


I didn't know anything about this man, but Phil Lawler had some good things to say.  In fact, he's downright giddy about the appointment...


If you aren’t excited about this news story, you probably don’t understand it. This is big. This is huge. This is exciting!

Have you been frustrated, over the years, with the political statements issued by the US bishops’ conference? If so, prepare for a welcome change. Have you wondered why the bishops never seem to listen to reasonable arguments by conservative Catholics? That’s about to change, too.

When John Carr retired from the staff of the US bishops’ conference, after helping to shape the bishops’ statements on political issues for more then 25 years, we wondered whether his departure signaled a shift in USCCB policy. Today we have our answer: Yes, it does.

Jonathan J. Reyes, who will be taking Carr’s post in December, will be coming to Washington from Denver, where he was head of Catholic Charities. His work there, and especially his involvement in projects like “Christ in the City,” testify to his belief that Christian charitable work is inseparable from evangelization. In other words he sees charitable work as a witness to faith, not a call for government support.

Note: The recommended links below are automatically generated by the tool, so they are not necessarily related content.
Posted by Diane Korzeniewski at 6:43 AM