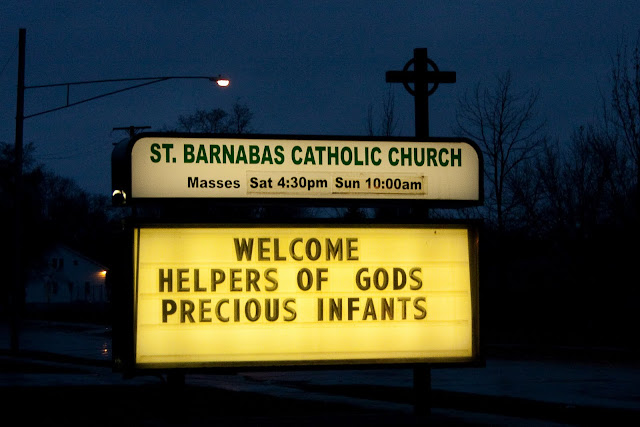 ﻿
﻿The weather predicted for this year's first Helpers of God's Precious Infants prayer vigil was pretty initimdating.  Threats of heavy downpours, high winds, coupled with cold more suitable to March than April was predicted.  This, I'm sure played in the minds of many who wondered whether to venture out.  I've covered many of these events by HGPI-Michigan and they normally net about 200 on up to 700 or more.  This was one of the lower turnouts I've seen at about 100, but given the weather predictions, understandable.  It was no surprise to us that the worst of it happened as we came in for Mass, then things seem to come to an end by the time we got out there.  Only a light drizzle hit us at times near the beginning and it was warmer than I expected.

Bishop Francis Reiss was originally scheduled to have the Mass and lead the Rosary procession on 8 Mile Blvd, but he had a scheduling conflict.  Bishop-designate Michael Byrnes, who will be consecrated as an auxiliary bishop in the Archdiocese of Detroit on May 5th, stepped in for the Mass, but could not stay for the vigil.  I am quite hopeful to see him lead a full vigil in the future. The Helpers of God's Precious Infants is very good about engaging diocesan hierarchy and here in Detroit they have all been generous in participating.

A few people were curious about the zucchetto seen in this first photo soon after Mass began.  The zucchetto is among the episcopal regalia that a bishop-designate may wear after he is named, before his ordination.  Consider how seminarians are often seen wearing clerical collars before they are ordained. 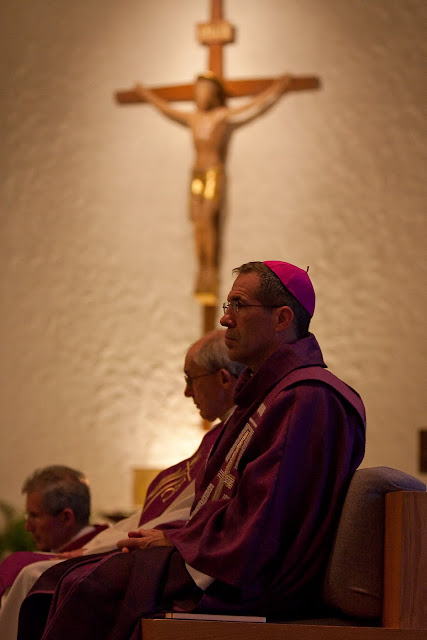 ﻿﻿
I had brought a recorder for the homily so I could pass a long a few notes, but forgot to turn it on. 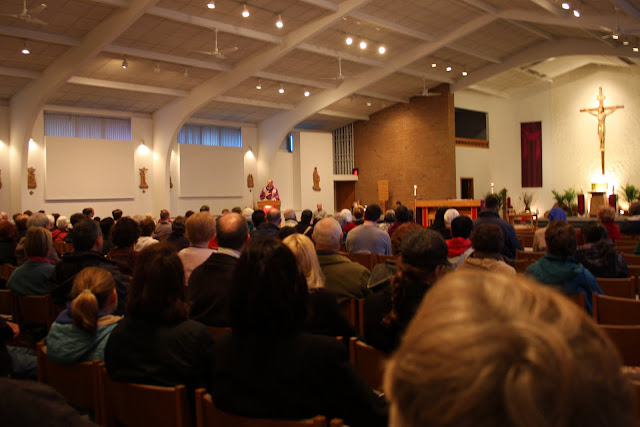 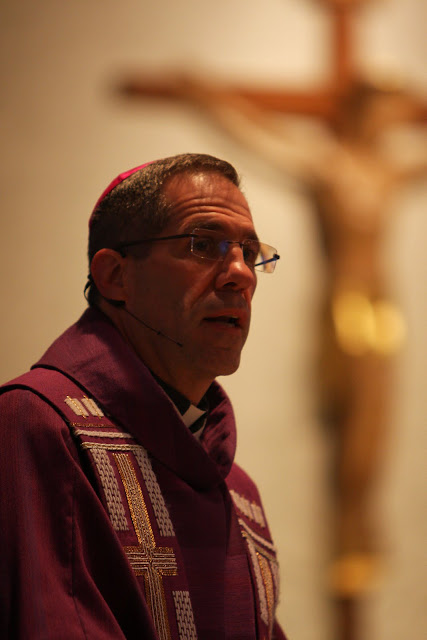 Seen in this photo below, as the gifts are brought up, is the pastor of St. Barnabas in Eastpointe, Rev. Clarence E Williams, C.PP.S. 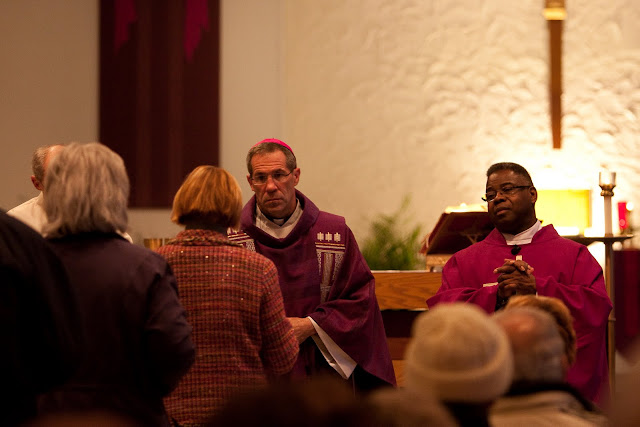 Truly, it is Our Lord who is at the center of this next photo. 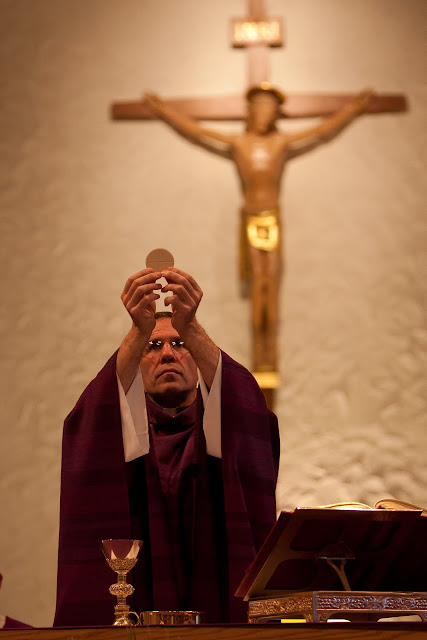 Following Mass, participants commuted a short distance to St. Veronica's in Eastpointe which is just a few blocks from the abortion clinics.  All 20 mysteries of the Rosary are prayed along the route and in front of two clinics about a block apart, on either side of Eight Mile.  A priest of the Order of Canons Regular of the Holy Cross who was there, led the vigil.
For those who have not been to such a prayer vigil, it is not a protest.  No signs are permitted and only the banner of Our Lady of Guadalupe is carried, along with a crucifix lead the way.  They not only pray for the women heading in for abortions, but for those encouraging them, the abortionists and staff.  The figures for "turns", or those who choose to have their baby after alternatives are presented to them, numbers into the thousands over the years that HGPI has been at work in Detroit.  Besides these prayer vigils, there is a core group of people, from sidewalk counselors to prayers warriors who are out there daily. 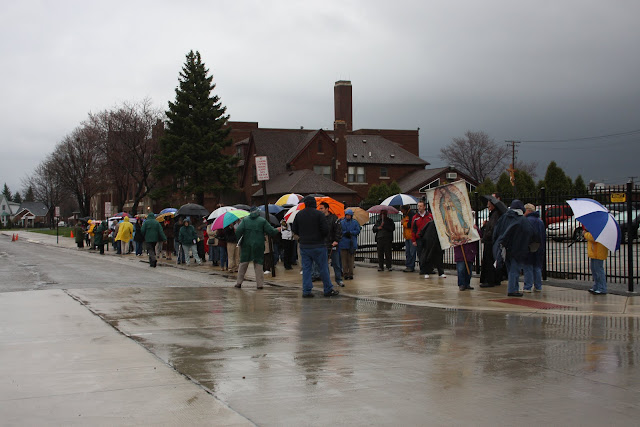 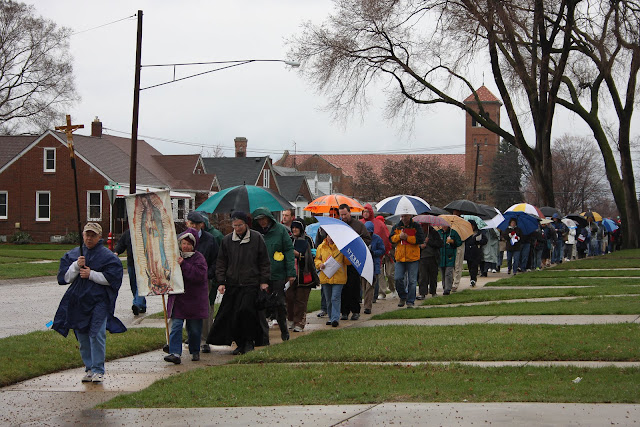 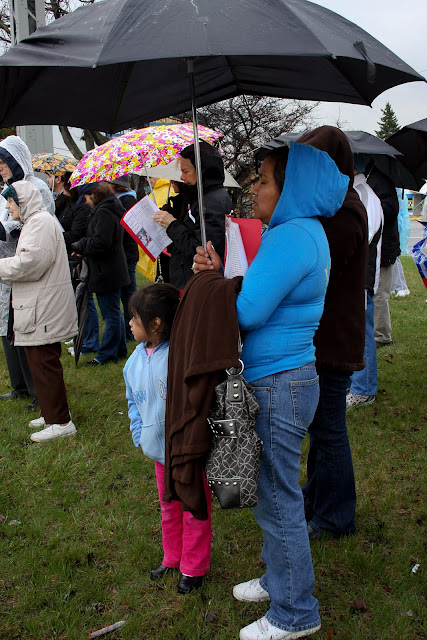 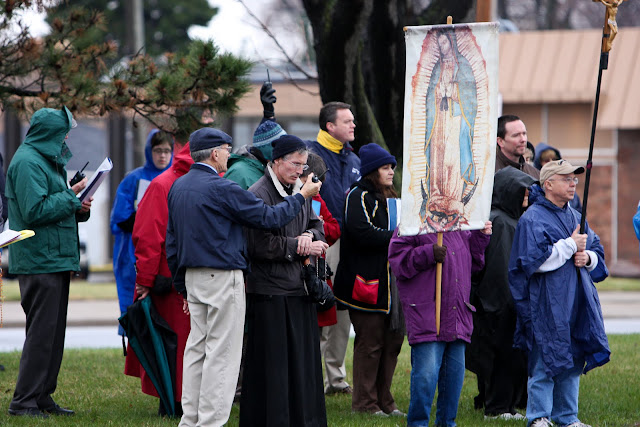 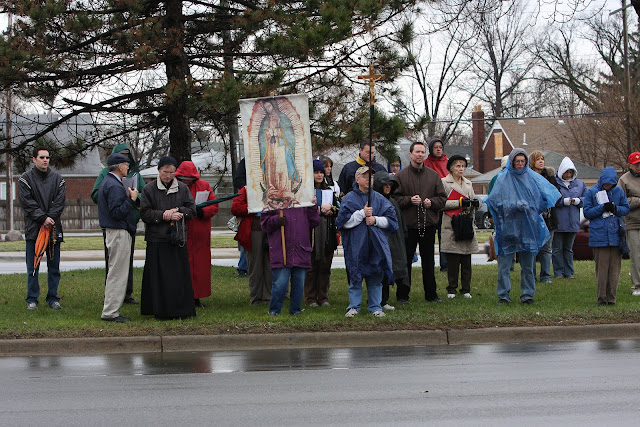 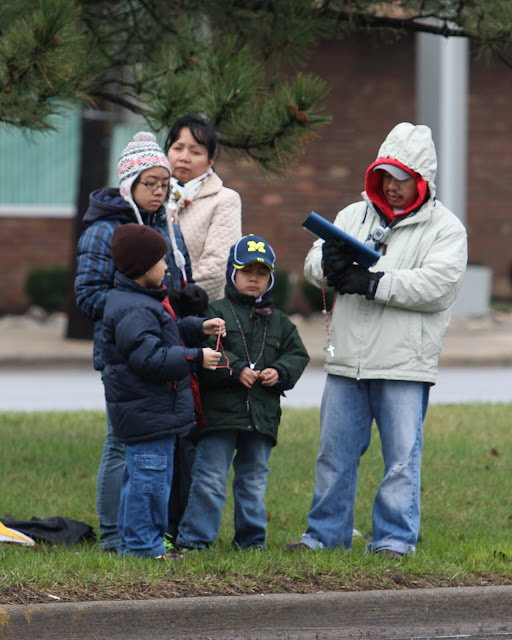 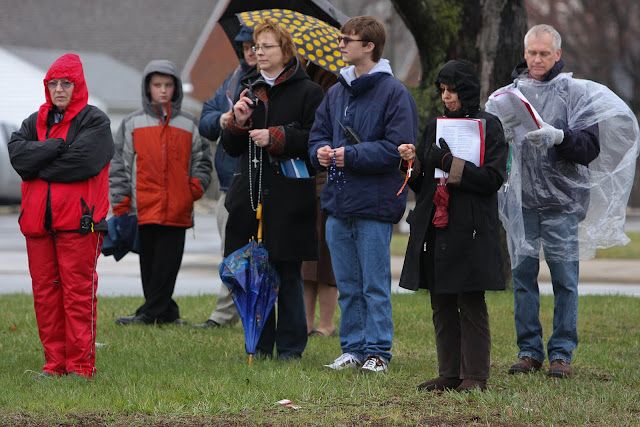 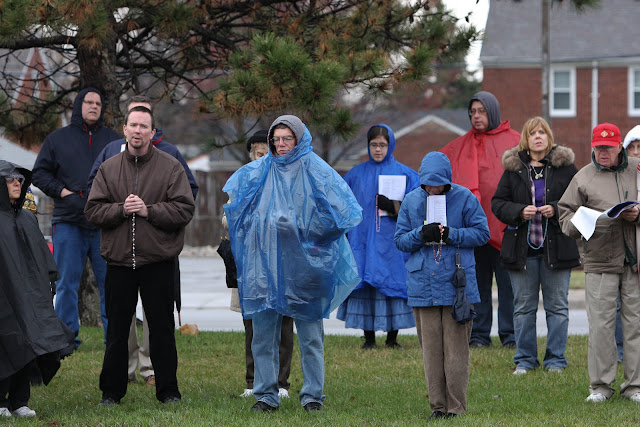 During every prayer vigil there is Exposition of the Blessed Sacrament.  Here we see the monstrance on the altar at St. Barnabas where a number of people who could not go out remained with Our Lord. 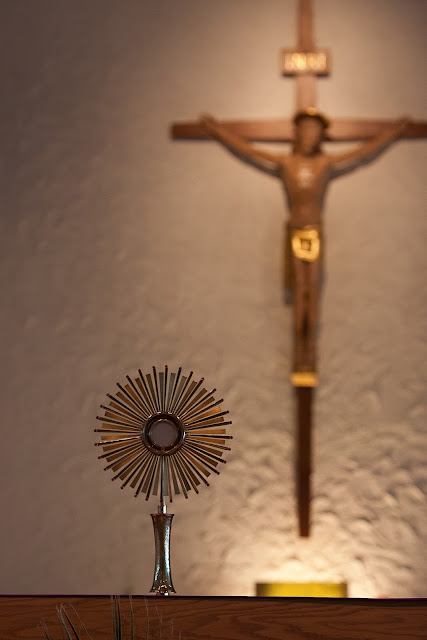 After Benediction with the Blessed Sacrament, there is a brief meeting with refreshments for those who can stay, to discuss the work of the Helpers and the days work. 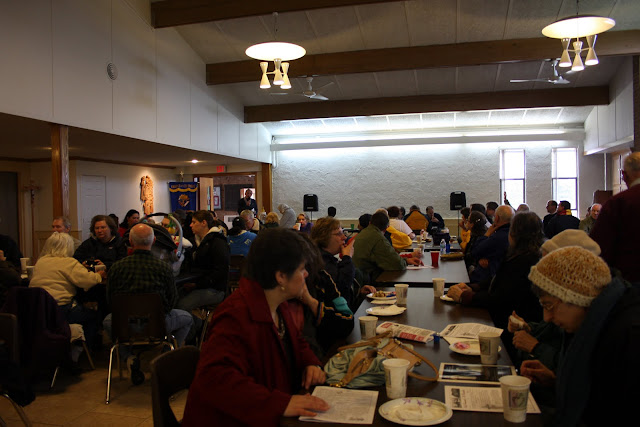 That concludes the photos taken at this event.  If I heard correctly, the next vigil is planned for June 25th so mark your calendars.  Details to follow.
If you want to see more photos from past events, start with this one led by Archbishop Vigneron last September. More links are at the bottom of that post.


The obedient are not held captive by Holy Mother Church; it is the disobedient who are held captive by the world!
Note: The recommended links below are automatically generated by the tool, so they are not necessarily related content.
Posted by Diane Korzeniewski at 11:14 PM