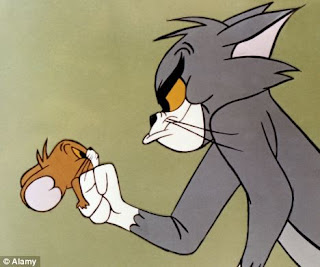 A priest cancels a magazine subscription

A very good priest I  know who has a broad reputation for his orthodoxy and devoutness, used a curious word some years ago in reference to a Catholic magazine that I knew to be popular in orthodox Catholic circles. He said he had dropped the subscription because they were, "strident." When I visited again some months later, curiously absent from the stack of reading material in that rectory waiting area were a few other periodicals of similar bent.  It was the first time I got a hint that dissenting material is not the only kind harmful to the soul.

Some weeks later, forgetting about that label of "strident" on that Catholic magazine, I put in for an e-subscription after seeing an article really resonate with me at the time. It was refreshing to see someone call things out as they were.  Back then, I thought it was bold and brave - heroic even.  I pulled out my credit card, paid for the subscription, then logged in.  To my astonishment, freshly posted was a scathing editorial attacking Pope Benedict XVI who hadn't been in his position 6 months.  They who had set themselves up as arbiters of all things Catholic, didn't feel he was moving fast enough on matters of importance to them.  I went into the contact page, told them I had just subscribed and that I wanted to cancel, but not before giving way to my own fallen nature and calling them a bunch of arm chair popes!  I never looked back.  Over time, I have let go of other sources I once followed for the same reason, and they never attacked the pope. They were just more noise or, better put, clanging cymbals (1 Cor 13:1).

Right after that, I had a flash back to what the good priest had said about this magazine: Strident. I realized then, that I had no idea what that word really meant, so I looked it up.  Here is the Merriam-Webster definition:


Yep.  Now I knew what the good priest was referring to, but it was one of those things that I just had to experience myself. That was just my introduction to it in the Catholic culture.


Where the strident are found

You have met strident people from all walks of life.  They often have some specific cause and when it mixes with their temperament it's like hydrogen peroxide and yeast. For those who want a science class refresher, be sure to watch the 30% mixture just for the fun.

Behavior of the strident

The strident are annoyed with anyone who tries to take the high road and discuss controversy in a way that is mindful of the dignity of others. The best response is a snotty response, but they don't see it as snotty.  In fact, they will mock the non-strident as being "nice" and "sweet."  The word "charitable" takes on negative overtones.  Worse, the strident will accuse the non-strident of not understanding the issues or not caring enough because if they did, they too would use the same full-metal-jacket-approach to discussion. Or, in an act of mental gymnastics, they will flip things and accuse a non-strident person of being uncharitable merely for speaking about a topic they don't think is worthy of discussion.

Trying to reason with a strident person is like trying to reason with a tasmanian devil.  They are interested in one thing: Bite! We all make errors when analyzing something and speaking about it.  But, the strident person's specialty involves inventing dots where there are none to be found just to make the line they are drawing go in the direction they want -- proof and facts be damned. For the strident person, the urgency to speak about the thing takes precedence over thoughtful discernment, inquiry and looking for alternative explanations that would exonerate the target of their scorn.

At the root of the strident person's behavior is a desire to force their position rather try to win other people. God gives to all a free will so if he doesn't force us, we ought not try to force others. The approach the strident take to things in life comes right from the Moe Howard school of reason.


The real reason people often get banned in Catholic forums


I think soon after I learned my lesson from that magazine experience some years ago, I began to get involved in a number of Catholic forums. There were only a handful of blogs back then and forums where the place to be for discussion.   What I found rather humorous during my days at those Catholic forums is how a strident person would derail a good discussion with [wait for it] stridency, then complain because they were suspended following numerous admonitions.  When they persisted, they were banned, then complained they were kicked out for their orthodoxy.  I watched this happen to a lot of people - people with good knowledge of the faith who were just awful at putting forth a tempered response.  I could see it coming. I even sent private messages to some friends suggesting they needed to temper the way they were trying to make their point - not for fear of being banned, but for effectiveness - but they just didn't get it.

Sometimes, bishops cut off ties with people not because of their orthodoxy but because their mode of communication is so caustic that it can scatter the lambs.  There is always an element of truth in what the strident person is saying.  Even a bass can find a bug in the water.


Just like misery finds good company in the miserable, strident people are attracted to one another .  I saw early on that strident bloggers were attracting large followings of people who liked the bombastic approach to talking about the faith.  That's when I spent time in Adoration thinking about whether I wanted to breed stridency in followers or virtue and knowledge.  The stridency is just baggage.

I knew that I could never have a large following unless I attacked other people. So, I chose to forgo the traffic and keep my conscience clear, even if it meant low volume.  I really didn't want traffic if it was going to be strident traffic. It's noise - noise that can be detrimental to authentic spiritual growth.  Only concupiscence could lead people to enjoy watching stridency towards fellow Catholics the way others once enjoyed watching the gladiators kill one another. They lose sense of reason and give way to childish insults and sarcastic put downs (you really see this in the comment boxes).  Sometimes I think they take score for who has the best put downs.

I spent much time in Adoration when I began blogging wondering if stridency had a place in Catholic evangelization online. I think it was all of 5 minutes.  It was a resounding, "no" and this would later be confirmed in my discussions with several other devout and orthodox priests who are also known for their great virtue.


Strident Catholics do convert to be non-strident.  It happens with grace.  For some, it's a gradual process that walks them away. For others, a light-bulb goes on.  I'll share this last story from my forum days that has always stuck with me.

A young man who was discerning a vocation was very active in one particular place with forums.  He was sharp with all that he knew about the faith, and very orthodox.  His problem was that he approached ignorance of others with stridency. Sometimes that ignorance manifests itself in a subtle way.  He had no mercy whatsoever.  I tried talking to him privately several times - nicely and throwing his own stridency right back at him.  Nothing worked.  He went off to pursue his dream in the priesthood and was sent by his diocese to one of the most orthodox seminaries known in the US.  Some months later, when he was home for Christmas or something, I found a sobering message from him in my in box.  It seems someone got through his thick skull at that seminary and, by exercising humility in listening to his spiritual director, the light bulb went on.  I was very sad for him because of the pain he was going through.  He recognized the damage he had done through his stridency.  He was beyond crushed at how he treated people. He deleted as much online content as he had, including his screen name and email which itself was strident in nature.  I told him the worse thing he can do is to dwell in it, and to turn it into something good by teaching others.   I also told him he was going to make a very fine priest - the kind we need: One who balances knowledge of the faith, with a passion for truth, and who conveys it with charity led by virtue.


I provided this link earlier in my post, but I want to isolate it here.  It's a good idea to learn about the four temperaments.  Each of them have good and bad sides to them.  Some of us are a mixture of them with predominate traits. The point is to learn to moderate the bad parts and work on magnifying the good.  There is a version of it online at the Angelicum Homeschool Academy site.

For those who like audio, I recommend the CD on the Four Temperaments by Fr. Basil Nortz, ORC.

Note: The recommended links below are automatically generated by the tool, so they are not necessarily related content.
Posted by Diane Korzeniewski at 12:11 PM