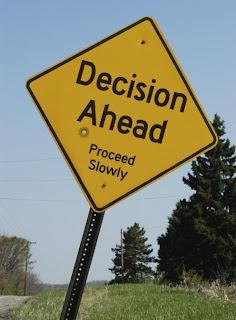 In everything a prudent man acts with knowledge,
but a fool flaunts his folly (Prov 13:16)

I don't know why, but that term has always gotten under my skin.   Maybe it reminded me of prunes or something, I don't know.

That word annoyed me until I began to question what it meant, interiorly, back in 2005.   It seems to me I was engaged in various Catholic forums at the time, sometimes defending the faith vigorously, with stridence; or, before I came to really comprehend that there are many ways to disagree with others, but some ways are more productive than others; and during a time when I dwelled in the pain of my new found knowledge of why so many Catholics were no longer seriously practicing; and, before I realized that publicly exposing scandal (or giving it broader exposure than it already has) and talking about the faults of others in the name of defending the faith, was nothing more than making the wrong kind of mess.

Perhaps my annoyance comes from something else. I know that some have withheld the truths of the faith -- priests and bishops from their flocks, parents from their children, and friends from one another -- all under the comfortable and all-encompassing umbrella of "prudence."   That's called false-prudence and it is much like false-charity.  It doesn't mean the word is bad; rather, it is how people use the word that is bad, just as some hide behind charity for the wrong reasons.  Of course, no one else can read the soul of another, so we should never judge motive (Mt 7:1-3).

For those who want to pursue holiness, prudence is for them what the playbook is to a ball player on the football field. Many rules need not be written, for those who know the game.  Who would try to throw a pass down the field from their own 10 yard line on 4th down in the first quarter?

There are times when prudence tells us not to speak, even when another is in need of the truths of the faith.  You might have been acting on prudence when you sensed that someone was approaching information-overload and decided to stop for the day and pick it up another time.  To continue might push them away or cause them to lose interest. Even God does not reveal to us the depth of our own ignorance all at once, lest we fall to despair.  Prudence might also tell you that, having exhausted all other approaches first, it's time for "tough love." Only an imprudent fool would "go nuclear" on the first attempt to help someone along in understanding something.  So, as you see, it involves discernment and that discernment, or judgment, takes many things into account before acting.

God, who seems to either have a sense of humor or a desire to make us work to learn, decided to make prudential judgment a vague thing to most of us.  Understanding it requires humility and patience.  It can also mean taking a less exciting path in dealing with something.  In our communication it could mean holding our tongues when we would rather speak, or speaking when we would rather be silent.

I recall asking the priests at Assumption Grotto often about prudence because I did not understand it.  When a situation would "blow up," I began to wonder if my handling of the matter was imprudent.  Not having a grasp on it, I would ask my confessor.  Even today, imprudence often leads the way to the Confessional for me.

We must always be students of prudence to be good imitators of Christ. We should pray for the grace to obtain this virtue and to study it more deeply so we can be guided by it  We need to think about how we apply this virtue in our activities online.  And, just because we choose an anonymous handle does it let us off the hook in God's eyes.

There is so much more to learn about prudence, but we will take it up in another post.  Below are some good definitions to start with

Prudence in the CCC


You can find discussion of prudence under the virtues in the Catechism of the Catholic Church (CCC):


1805  Four virtues play a pivotal role and accordingly are called "cardinal"; all the others are grouped around them. They are: prudence, justice, fortitude, and temperance. "If anyone loves righteousness, [Wisdom's] labors are virtues; for she teaches temperance and prudence, justice, and courage."64 These virtues are praised under other names in many passages of Scripture.


1806  Prudence is the virtue that disposes practical reason to discern our true good in every circumstance and to choose the right means of achieving it; "the prudent man looks where he is going."65 "Keep sane and sober for your prayers."66 Prudence is "right reason in action," writes St. Thomas Aquinas, following Aristotle.67 It is not to be confused with timidity or fear, nor with duplicity or dissimulation. It is called auriga virtutum (the charioteer of the virtues); it guides the other virtues by setting rule and measure. It is prudence that immediately guides the judgment of conscience. The prudent man determines and directs his conduct in accordance with this judgment. With the help of this virtue we apply moral principles to particular cases without error and overcome doubts about the good to achieve and the evil to avoid.


There are two definitions we should look at in Fr. Hardon's Modern Catholic Dictionary:  Prudence and Imprudence. The latter helped me to understand it a bit better. 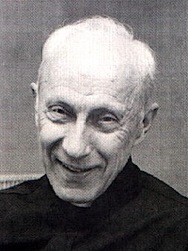 Correct knowledge about things to be done or, more broadly, the knowledge of things that ought to be done and of things that ought to be avoided. It is the intellectual virtue whereby a human being recognizes in any matter at hand what is good and what is evil. In this sense, it is the moral virtue that enables a person to devise, choose, and prepare suitable means for the attainment of any purpose or the avoidance of any evil. Prudence resides in the practical intellect and is both acquire by one's own acts and infused at the same time as sanctifying grace. It may be said to be natural as developed by us, and supernatural because conferred by God. As an act of virtue, prudence involves three stages of mental operation: to take counsel carefully with oneself and from others; to judge correctly on the basis of the evidence at hand; and to direct the rest of one's activity according to the norms determined after a prudent judgment has been made. (Etym. Latin prudentia, foresight in the practical order; from providentia, foresight, directive care, providence.)


Imprudence (part of this is in a picture in my sidebar)

Sins against prudence that are either by defect or by excess. Sins by defect against prudence are: rashness, which acts before due consideration has been given; thoughtlessness, which neglects to take the necessary circumstances into account; and negligence, which does not give the mind sufficient time for mature deliberation. Sins by excess against the virtue of prudence are: imprudence of the flesh, which eagerly seeks means that gratify self without regard for the means that are required by God; astuteness, which looks for devious means for attaining one's goal; and undue solicitude about the temporal future with resulting neglect to provide for eternity and the needs of the soul. (Etym. Latin improvidentia, want of foresight; imprudentia, lack of foreseeing in the practical order.)

Note: The recommended links below are automatically generated by the tool, so they are not necessarily related content.
Posted by Diane Korzeniewski at 10:10 PM