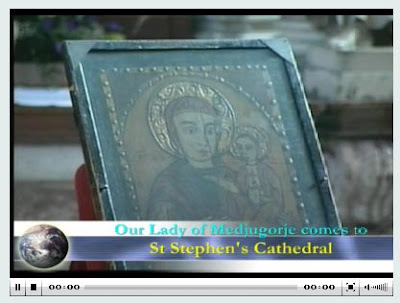 What is going on with Cardinal Schonborn?  He is not helping the cause for Medjugorje.  If anything, he is pushing the kind of ecclesial buttons that will force the Holy See into responding sooner than later.

In my last post I explained how Cardinal Schonborn is giving Medjugorje "seers" a platform at the Vienna cathedral - something which is out of harmony with tradition in the church on alleged apparitions.  It also causes confusion and disunity when the bishop of another diocese (and another country) allows promotion of a phenomenon in his cathedral which is prohibited in the diocese of origin, and forbidden on Church property anywhere within Bosnia and Herzegovina.

By this action, Cardinal Schonborn, no matter how well intentioned, offers a "slap" from Vienna not only to the Bishop of Mostar-Duvno, but to the entire Bishop's Conference of Bosnia and Herzegovina.
In a matter of minutes [event is now over, but screen shots and video links are embedded in this post], Mary TV will televise the event from St. Stephens Cathedral, including the "apparition" which Ivan and Maria are scheduled to have at Standard Apparition Time (SAT) of 6:40 p.m. (advertised here as 12:40 p.m.).  See here a FreezePage snapshot taken a few minute ago of the advertisement.

[Edit on Sept 27, 2010: English language viewers: can view the event which is uploaded now to MaryTV, and broken down into four parts (scroll when you get there) .... German language viewers can see edited clips at Kathtube.com:  Cardinal Schonborn speaks here], the Rosary and "vision" are here, and testimonial of Ivan and Maria from the St. Stephen sanctuary here, and the homily is here (Cardinal Schonborn did not appear to be at the Mass)]

Further, Bishop Ratko Peric of Mostar-Duvno is not some "spirit of Vatican II bishop", but a man of considerable orthodoxy, and a very good teacher of the faith. He has been vilified by the "Medjugorje Movement" to the point that there is a vein of contempt for him among devotees. Each time a brother bishop pulls a stunt like this in Vienna, it only deepens that contempt people have for this apostolic successor. The concerns he has raised consistently, as well as those of his predecessor are reasonable and he should be treated with more respect.

It says in the above:


Medjugorje visionaries Ivan and Marija will be streamed live in English from Cardinal Schoenborn's Cathedral, St. Stephens in Vienna. (Kathnet will be streaming in German.)


11:00 AM EDT: Testimonies from Ivan and Marija 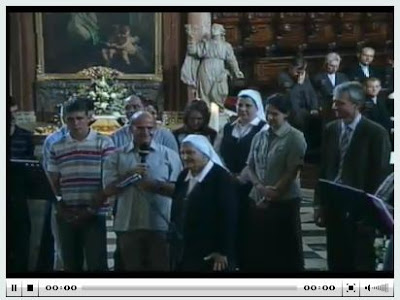 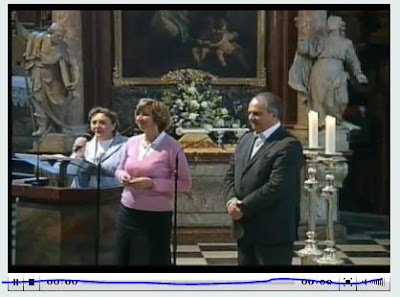 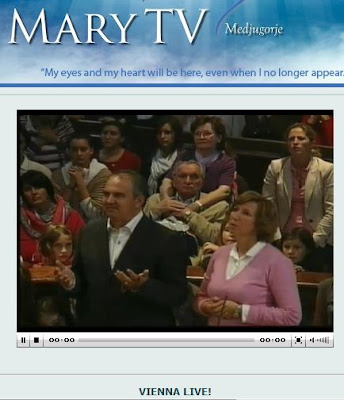 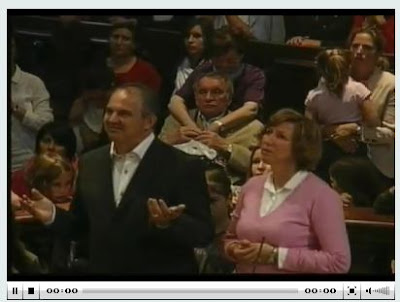 Here is a shot of Ivan smiling and the serious look on the face of Maria.
As we wait for Mass to start, I have to ask:  Am I really suppose to believe that the Blessed Virgin Mary, a model of humility and obedience, would appear to "seers" in the Vienna Cathedral, when the bishop whom the 1991 Zadar Declaration states has authority for the pastoral care and attention "in Medjugorje and all connected with it" has prohibited such things on Church property?  Does it require a Cardinal in the Vatican to explain that if the "seers" are not permitted to have such public events in their home diocese, or in their home country, they ought not be given such publicty on Church property in any diocese?

Are the "seers" disobedient for having "visions" in public?  If the same bishop has prohibited the release of "messages", then how does the world continue to get them if not by an act of disobedience? In 2006 the local bishop called these "visionaries" and those "behind the messages" to obedience.  In 2007, Archbishop Angelo Amato, then Secretary of the CDF, invited the bishops of Tuscany, Italy, to share with priests of the diocese that same 2006 homily (see fax in the link).  Archbishop Amato is now on the Medjugorje commission, and was also the one who authorized Bishop Peric to share the canonical status of Tomislav Vlasic who was being investigated by the Holy See "in the context of Medjugorje" (words of Abp Amato).  Vlasic then requested laicization.  In late 2009, Bishop Peric released a series of statements, which included more prohibitions (see "Part 3")

So, would the Blessed Virgin Mary appear to disobedient "seers" in the Cathedral of a Cardinal who is out of step with how unapproved apparitions are traditionally handled, and who disregards the matter of collegiality?  That this event would happen on the Feast of St. Pio of Pietrelcina is even more offensive, given his solid obedience, even in the face of persecution from within the Church.  He never wavered on that.

Mass is underway.  More in a moment... 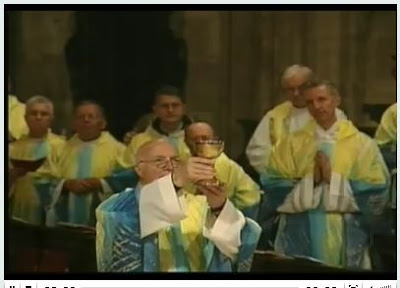 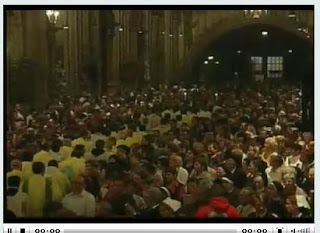 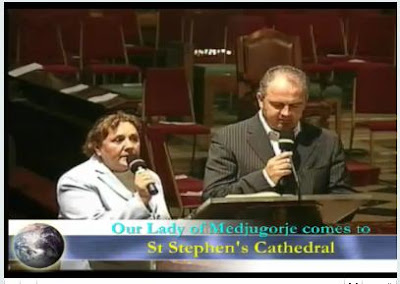 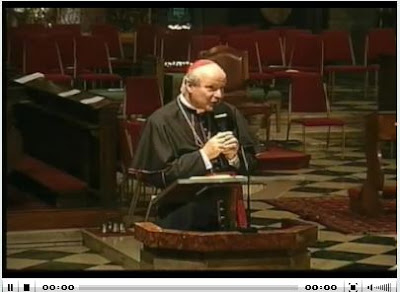 Here comes Cardinal Schonborn to the podium.    He thanks Maria and Ivan for coming again.  He thanks them for their service.  He asks God to pay them back a hundred-fold for what they are doing tirelessly.
Three things he wants to say (this part I cannot type fast enough to keep up with so we will look for a transcript for later).  Here's what I was able to capture...
Is it just me?  I don't find that amusing at all. We all suffer from human fallen nature and can experience such things, but they are better left for the privacy of a confessional.  I mean, what if this woman is watching the broadcast?  Good grief!
I'm signing off on this blogpost as they enter Adoration after which this all concludes. 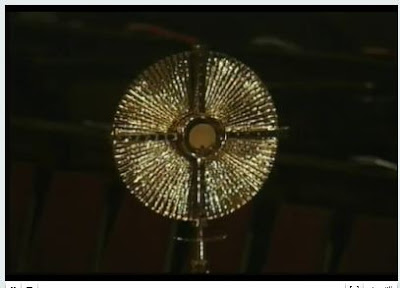 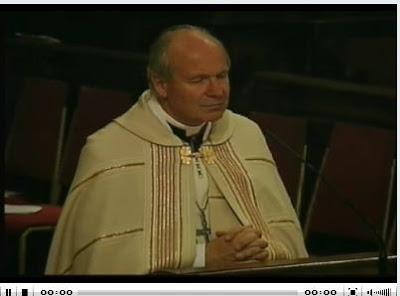 How long will it take for Cardinal Schonborn to get another private audience with Pope Benedict XVI?  While there are indeed good fruits coming from Medjugorje, which most would attribute to the unapproved apparition, rather than a return to the Sacraments, there are also many bad fruits.  Let's keep in mind that many fine men converted and heard the call to the priesthood through the Legionaries of Christ.  Yet, lurking in the background, were the abuses of the founder.  Maciel was a fraud.  One lesson we learn from the Legionaries - something to consider with regards to Medjugorje.  Good fruits can happen even where there is sinful activity and fraud. Where sin increases, grace abounds all the more (Romans 5:20-21)
Further reading:

The obedient are not held captive by Holy Mother Church; it is the disobedient who are held captive by the world!
Note: The recommended links below are automatically generated by the tool, so they are not necessarily related content.
Posted by Diane Korzeniewski at 10:02 AM