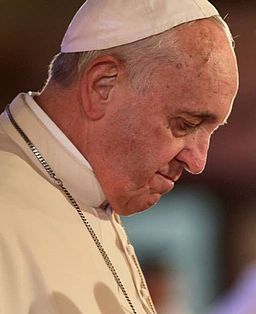 A pro-Medjugorje website in Brazil is reporting that Pope Francis, while in Rio de Janeiro for World Youth Day, made some rather blunt comments concerning Medjugorje, and about activities of the alleged visionaries.  The title of the post says a lot:  "Pope Francis says those who say they see Our ​​Lady have psychological problems and that the seers of Medjugorje lie to the people."

Now, we are at the mercy of the website which is supplying this information and I'm merely passing along what they report.

The website discusses information revealed in a book by Father Alexander Awi Mello, who interviewed the Holy Father during his trip to Brazil.  The book, "She's my Mother: Encounters of Pope Francis with Mary" is published by Edições Loyola.  I'm told it is in several languages: Portuguese, Spanish, Italian, and German (sorry, I don't have all of the links). From what I understand, Father Mello inquired about having it translated into English, but for whatever reason, the publisher has not done this.

Medjugorje is discussed on pages 235 and 236 in the Portuguese edition, but we get just a few excerpts, so I don't know if Pope Francis really said, "the seers of Medjugorje lie to the people," or if that was just their chosen headline.

Around the time of the 2013 Conclave, alleged visionary, Ivan Dragicevic, was booked in some venues in South America, including Buenos Aires. Organizers attempted to book him at a local church or the cathedral.  This was widely exploited later by pro-Medjugorje sites as, "Pope Francis approved" Ivan's activities.  But, as we will soon see, things are not as they have reported.

Now, what I'm about to quote is mainly taken from an auto-translate, which was not too bad, but I did run it past a friend who reads Portuguese.  If anyone out there with expertise in Portuguese wants to offer corrections, use my profile email to send me notes and I'll consider updates.

Let's dig into that post.  Near the beginning it says the Pope, thinking back, stated:


"In relation to Medjugorje, I forbid a meeting to take place while we were here at the Conclave, so they knew I did not agree."


He explains why he opposed the meeting, without directly answering any question of authenticity:


"I did this because one of the visionaries would speak and give some explanations and then at four-thirty Our Lady would appear! That is, he holds the agenda of Our Lady! So, I told them, no; look, that kind of thing I do not want here. I said no. Not in the Church."

We recently heard Pope Francis say something similar in a homily, no?

It's not quite what you find on pro-Medjugorje sites which say that the then Cardinal Bergoglio approved of Ivan's activities there in Argentina. And, here is another.  This is what you hear from devotees of the lady of Medjugorje because someone, somewhere, is playing loose with the facts on websites which they read.  If you try to raise questions or point out conflicts, you get accused of attacking Our Lady herself!


"But we must distinguish that in Medjugorje, God makes miracles, you know? So, in the midst of human follies, God continues working miracles, is that not so?"

That goes right to Romans 5:20, which basically means, where sin abounds, grace abounds all the more.  Some will also explain the passage by saying, "God can make even bad things serve our good, or the good of others;" or "God can draw straight with crooked lines."  More to the point, and something I've written on before when acknowledging the conversions, vocations, and some extraordinary stories of recovery: The Blessed Virgin Mary is going to hear those who approach her with pure intentions, whether she is appearing to anyone from Medjugorje or not.  And, if she is not appearing to any of these alleged visionaries, she is not going to fault those who go to her looking for a closer relationship and the graces that come from that.  Likewise, God is going to give graces to people who make use of the Sacraments, even if Mary is not appearing to anyone.  That's pure superstition to think the apparition itself is needed for graces. He then says:


Now, for the last part, I'm going to leave you with a slightly enhanced Google translate.

At another time, when we were already walking about the Apostolic Palace Francisco returned to the subject, as if the question were working inside him: "The theme of the apparitions, to be clear. Try to see the side of the locution. So, as I said, it will be from one extreme to another. Sometimes this phrase almost physically embodies a vision and sometimes it can be a mere inspiration , "says the Pope seeking concepts to express what he thinks about these phenomena. " For example ," he continues, "those people who feel that Our Lady tells them something have a voiceover in prayer and then say: Our Lady told me that ... Of course. They express it in a way that it seems that she appeared to them … But that the seers are protagonists and organize scheduled appearances … that is a sin that may accompany a great grace. " 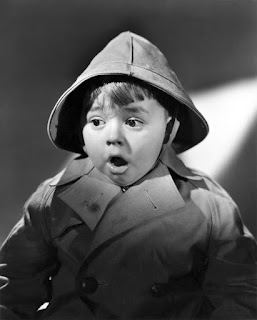 My understanding of that last sentence is that Pope Francis is drawing a comparison between the person who comes to understand something during prayer or meditation and says, "Our Lady told me…," without intending to suggest she actually heard or saw Mary.  She is merely conveying an inspiration.  He then distinguishes others from these  - those who actually claim to see or hear Mary, who act as protagonists (a word Pope Francis used), and who organize scheduled appearances.  That he refers to such activity as a sin, if I understood him correctly, tells us that kind of behavior leans left on the discernment meter.

What the Holy Father said there should send a chill down the spine of anyone claiming to have heavenly visions or locutions, if not authentic.  I'll wait for the Church to speak on Medjugorje itself, but in general, to claim heavenly visions if they aren't there, and if full consent of the will is involved in a lie - this would be gravely sinful.  Such persons do not have fear of God, and blind themselves to the possibility of eternal damnation if they die without repenting of such sin. There is no charity towards anyone involved for a priest in a parish, a bishop in a diocese, or the Church in a case with wide reach, to allow an untruth continue, on the basis that good comes from the thing.  This is nothing more than using evil for good, which is never right (Veritatis Splendor 75).  People involved in sinful acts should never be enabled by Holy Mother Church, but given every opportunity to convert before they meet their Maker.  That is true mercy.  Mercy, justice, and charity - all of these subsist in truth.

Perhaps the words of Pope Francis here give us a glimpse into which way he is leaning: Will he maintain the status of the 1991 Zadar Declaration, which says these phenomena "cannot be affirmed as supernatural"; or, will he change the status altogether to "it can be affirmed as not supernatural."  One thing is for certain: Alleged apparitions cannot be approved while ongoing because of what could happen should the entity begin speaking about the fourth person of the Trinity the next day. But, false apparitions can be, and have been, condemned as not supernatural, while ongoing, many times.

My personal belief: This one got away from the Church decades ago.   It's time to give truth pride of place and trust God to guide the innocent souls caught in the mix.


Visit GrottoCast.com for audio homilies from Assumption Grotto and more.

Note: The recommended links below are automatically generated by the tool, so they are not necessarily related content.
Posted by Diane Korzeniewski at 10:30 PM