When it comes to abortion, some people like to tune out the facts. I have never understood how anyone can support something they don't have the courage to fully comprehend, visually.

I want to draw your attention to the Born Alive Infant Protection Act. Back in January, Terence Jeffrey explained (emphases mine, with added emphasis in red)...

Barack Obama is the most pro-abortion presidential candidate ever.

He is so pro-abortion he refused as an Illinois state senator to support legislation to protect babies who survived late-term abortions because he did not want to concede -- as he explained in a cold-blooded speech on the Illinois Senate floor -- that these babies, fully outside their mothers' wombs, with their hearts beating and lungs heaving, were in fact "persons."

"Persons," of course, are guaranteed equal protection of the law under the 14th Amendment.

In 2004, U.S. Senate-candidate Obama mischaracterized his opposition to this legislation. Now, as a presidential frontrunner, he should be held accountable for what he actually said and did about the Born Alive Infants Bill.

State and federal versions of this bill became an issue earlier this decade because of "induced labor abortion." This is usually performed on a baby with Down's Syndrome or another problem discovered on the cusp of viability. A doctor medicates the mother to cause premature labor. Babies surviving labor are left untreated to die.

Jill Stanek, who was a nurse at Christ Hospital in Oak Lawn, Ill., testified in the U.S. Congress in 2000 and 2001 about how "induced labor abortions" were handled at her hospital.

"One night," she said in testimony entered into the Congressional Record, "a nursing co-worker was taking an aborted Down's Syndrome baby who was born alive to our Soiled Utility Room because his parents did not want to hold him, and she did not have the time to hold him. I couldn't bear the thought of this suffering child lying alone in a Soiled Utility Room, so I cradled and rocked him for the 45 minutes that he lived......." [continue reading]

There you have it folks. A baby is born alive in the midst of an abortion and the baby is left to die. Jill Stanek paid the ultimate price an employee can for standing up for the rights of the unborn: She was fired from Christ Hospital - an evangelical Lutheran institution!

You can read Jill's full testimony at Priests for Life.

This video is a clip of Bill O'Reilly interviewing Jill about what was happening in this so-called christian hospital.

Now that you know who Jill Stanek is, and what she did, and why she was fired, watch this video of James Carville porky-pigging his way through Obama's position. I'm quite familiar with Carville - a democratic strategist and what caught my eye in this video is how he is unable to talk into the camera. Not only does he look down as he tries to defend Obama's record, he looks down again as he throws a dig at Jill's credibility, pointing out, "she was fired".


For those who don't know Porky Pig, I give you, the Porky Pig channel at AOL where you can watch and see the uncanny resemblance between the cartoon character's speech pattern and Carville's song and dance.

Now, I have to ask a question: If Barak Obama supported the slaughter of seals for their fur, or the slaughter of elephants and rhino's for their tusks, or the destruction of forests for wood, how many of those who currently support him, would still do so?

Excuse me for not comprehending how a human being, especially one who is born alive in the act of an abortion, is not grounds for abandoning support for this candidate! He has supported a most barbaric act against a defenseless human being - a baby.

Let's take a look at one last video. This is from the Creative Minority Report and it is called, Obama's Mad World. There is one, very brief graphic image, but this is must-see video, especially if you are unsure about all of this, indifferent, or supportive. 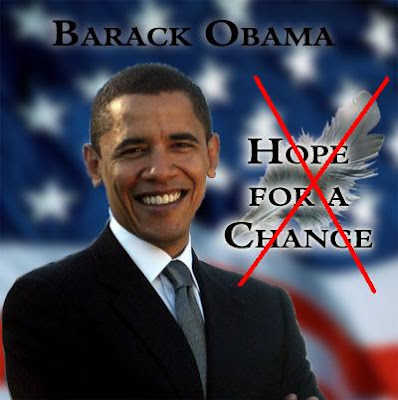 Where is the so-called hope for the baby Americans that were left on a cold table or shelf in some corner for their hearts to stop beating? What kind of man stands off to the side indifferent to, or supportive of such a thing?

And, just what kind of change is in store for the US? It will become an even greater culture of death than it is now. If he can accept the murder of the innocents, what do you think will happen with the elderly and disabled in America?

If you are pro-choice or unsure of where you stand, please visit the Priests for Life photo/video page on various procedures. You won't see any images in the first click to this page - it is merely a list. Please understand what you are supporting or holding indifferent.

ARE YOU HURTING FROM AN ABORTION?

God is merciful to all who seek his forgiveness. Visit these resources to get emotional and spiritual help if you have had an abortion.