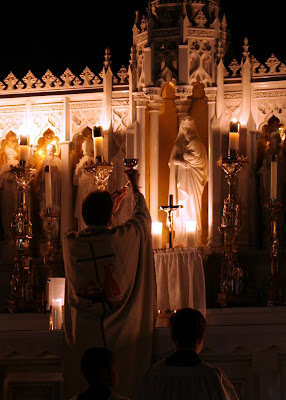 The Advent Rorate Masses have been taking place during the 7:00pm Tuesday Novus Ordo for the last few years. Now that the 7:00pm Mass is a Latin Novus Ordo, the Rorate Mass followed suit. We hope next year to have early morning Rorate Masses in the extraordinary form.

This is the first time I've ever attempted to capture parts of it in pictures. I wish I had changed the exposure, but it always looks much lighter on my camera screen than on the computer screen. If I can make it next Tuesday for the last Rorate Mass of this season, I plan on playing with the exposure. It was dark enough, I could barely see the head of the priest at times, his chasuble mainly cutting through the darkness.

I am praying that more people will come next week. There was a lower turn out tonight, but the weather newscasters have been hyping up a snow fall and mixed mess, but it remained 37F before and after the Mass, so there had been only rain. With all the freezing rain and sleet earlier, I'm sure people were intimidated. The photos would look so much nicer if the Church were full of candles.

Here are more photos. The shot of the Elevation of the Chalice is the same photo cropped different ways. 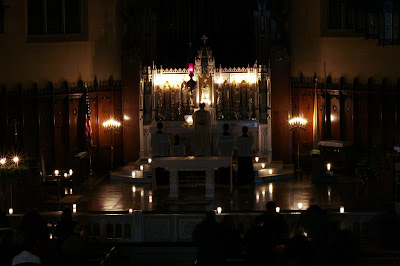 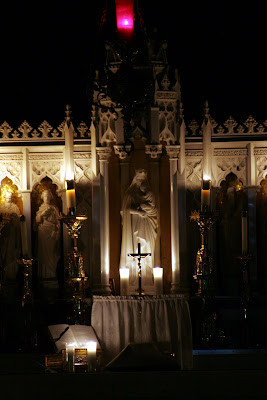 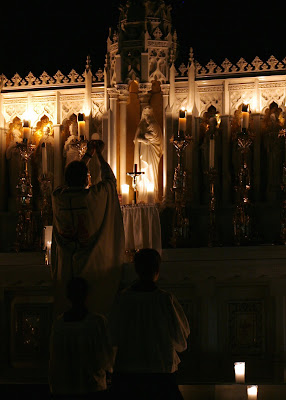 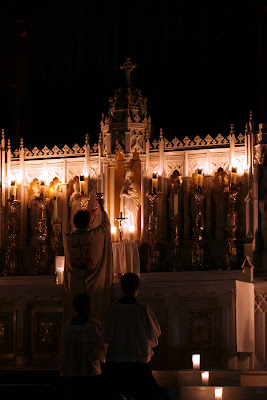 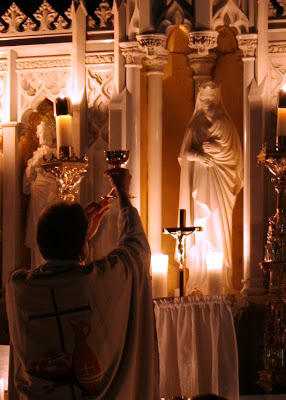 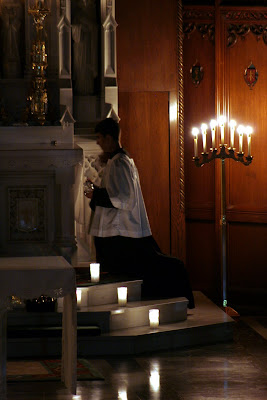