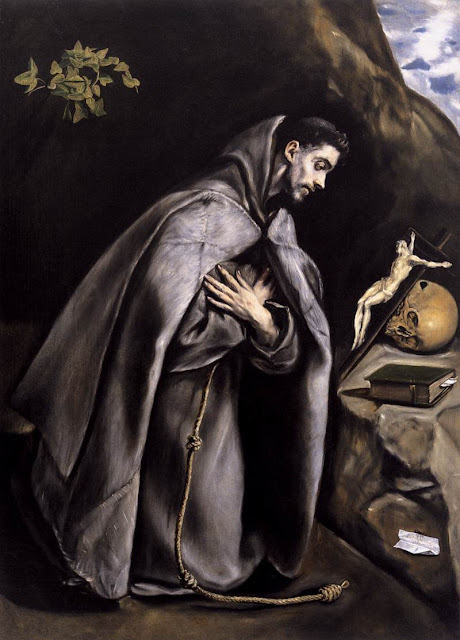 St. Francis and Reverence for Authority

Archbishp Fulton J. Sheen once said: “Obedience is servility only to those who have not understood the spontaneity of love.”

I want to demonstrate the "spontaneity of love" with which St. Francis treated bishops with this example.


Respect shown to the Bishop of Imola
(from the Life of St. Francis by St. Bonaventure; ch 6:8)

One day St. Francis arrived at Imola where he went to the bishop and humbly asked him for permission to summon the people and preach to them.  "It is enough, brother, that I should preach to my own flock," the bishop replied abruptly. Francis bowed his head in genuine humility and took his leave.  Less than an hour later, however, he returned once more.  The bishop was annoyed and he asked him what he was looking for this time.  Then Francis replied respectfully and without the slightest arrogance, "My lord, when a father throws his son out one door, he must come in by another." The bishop was disarmed by his humility; he smiled and put his arm around him and said, "Henceforth you and all your friars have general permission to preach in my diocese. Holy humility deserves that."

In this case, St. Francis won the bishop over through humility and simplicity.  While Francis was perfectly suited to preaching, and his preaching was good for the people, the works on his life leave us no doubt he would have left the second time as humbly as he did the first, had he been denied again.  He would  not have called the bishop, "unprofessional", acted in defiance, or spoke irreverently of the local bishop to others.
Next... a contrast.


A Franciscan in Medjugorje "disses" the bishop

Below is a clip from a 1985 CBC video which includes an interview of Bishop Pavao Zanic in Mostar, and Fr. Svetozar Kraljevic, OFM while he was in Medjugorje. Kraljevic is a key protagonist of the alleged apparitions of Medjugorje.

First, an introduction to this 1985 video clip: It comes to us in a blogpost by retired University of Montreal researcher Louis Bélanger at Medjupedia who has studied Medjugorje for decades. He visited there in 1985, which included some filming of the visionaries, and he met with Bishop Pavao Zanic, twice.  His postings are very analytical and detailed, often containing video, photos, document scans and information with much of it coming from the protagonists themselves. He is the editor of The Hidden Side of Medjugorje which was authored by Fr. Ivo Sivric, OFM - a man born in Medjugorje, who studied with interest the phenomena happening in his native village.  Louis has much to share.  I wanted to blog on this video some weeks ago when I saw it in his post: The Construction of the "Lady of Medjugorje" 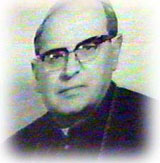 We have to look at this video through the lens of the status of Medjugorje in 1985.  In March of 1985, Bishop Pavao Zanic clamped down, ordering an end to public veneration of "Our Lady of Medjugorje" which stands to this day.   As an aside, the 1991 Zadar Declaration remains in effect even as the new commission works.  That declaration did not authorize public veneration of "Our Lady of Medjugorje". To the contrary, it states that the local bishop is to see that Marian devotion and liturigcal activities are carried out in accordance with the teachings of the Church.  It authorizes unofficial pilgrimages which are not organized by dioceses or parishes and which do not presuppose the supernaturality of the alleged apparitions.  In the context of the status in 1985, let us watch this short clip:


Thanks to Kevin Symonds at Desiderium, we have a transcript which might be helpful, especially to international readers using auto-translators. Kevin, who holds a B.A. and M.A. in Theology, offers his own commentary on why this is so disturbing. Here is just a partial transcript of what Fr. Svet says:

Reporter: [speaking in English to Fr. Kraljevic] "The Bishop of Mostar is...unequivocal. He says the Virgin Mary is not appearing in Medjugorje."

Fr. Kraljevic: [pauses, thinks and gives a passive gesture as if shrugging off the Bishop's opinion] "That is the opinion of a person who has a right to say so but if you talk to the..."
Reporter: [interjects] "This is not just a person, this is the Bishop you're speaking about."
Fr. Kraljevic: "His judgments, what I would like to say, are not 'professional' and his judgments come from his inner disbelief that, uh, the children don't see, uh, the Blessed Virgin Mary."

Keep in mind that Bishop Pavao Zanic gave reasonable objections for his disbelief in authenticity, which were best compiled later in, the Truth about Medjugorje.

What is so perplexing is that Fr. Svet could say such a thing about his bishop, in such a public way.  It is anti-ecclesial to treat a bishop in this fashion over an alleged apparition. If he said this publicly for the world to hear, what has he been saying to pilgrims and others about the bishop all these years?

This casual dismissiveness of the local bishop is something which was once contained in Herzegovina.  Now, this same attitude towards the Bishop of Mostar has spread internationally through Medjugorje devotees. There has always been this parallel of good fruits in the form of people converting and the spread of an attitude towards the local bishop which is foreign to any authentic Marian apparition - a truly bad fruit.   In fact, some of the information you find online has progressed from dismissiveness to calumny. See an example explained by Italian researcher and professor, Marco Corvaglia, in his post on Medjugorje, the communists, and the bishop


I look forward to what the Holy Father has to say on "a question for which he feels responsible as the supreme head of the Church to pronounce a clear message" (words of Archbishop Alessandro D'Errico, Papal Nuncio in Bosnia & Herzegovina)
If you have not visited my Medjugorje Documents and FAQ's blog, you should find the site update much easier to navigate, and packed with much more information for serious discerners.

Back when I was discerning a Franciscan vocation in the early 80's, a friend who was in the seminary with the OFM, had given me a going-away present that I read through, over and again, in the years that followed in that convent in Herzegovina.  It was a book which was composed of key, collected works on the famous friar, called Saint Francis of Assisi: Omnibus of Sources.  It contains the writings of St. Francis, including his rules and testament, books on his life by Thomas of Celano, St. Bonaventure, and other works like the Mirror of Perfection, the Three Companions, Little Flowers of St. Francis, and more. Older copies can be found in a single volume, but the newer version I have (2008), is split into two volumes with some very helpful charts in the back.  The charts will list a topic, then guide you to the appropriate volume, chapter, and sometimes, right to a numbered paragraph.  It even shows when the same topic comes up in other works. Shop around because the prices really vary and perhaps there is a used one out there. This is a must-have for any Franciscan or devotee of St. Francis

The obedient are not held captive by Holy Mother Church; it is the disobedient who are held captive by the world!
Note: The recommended links below are automatically generated by the tool, so they are not necessarily related content.
Posted by Diane Korzeniewski at 6:58 AM