Many knew that Mother Angelica and her network had this thing going on with wanting to televise ad orientem celebrated Masses, but it ran into the then, local bishop (here is an old 1999 article discussing a conroversial decree at it's height, but since reduced to a norm in the Diocese of Birmingham on televised Masses to only face the people).

My mouth dropped when I realized the bishops, led by Archbishop Chaput, were celebrating the new Mass, but ad orientem, in partial Latin.  My thought: Priceless and fitting.  Seeking the face of God together in the Mass is a most beautiful thing for those who understand, or are taught. Mother long got what she wanted, in this regard, even if it was too late for her to see it through on earth.

We know a similar thing was going on over the use of Communion rail in the televised Masses there.  Once again, my jaw dropped as I watched the bishops distribute Communion to those assisting at the Mass at the rail.  Below are some images.  Again, thanks be to God because it underscored Mother's love for the Body, Blood, Soul, and Divinity of Christ, which she profoundly reverenced.

Now, as was pointed out to me, this was, in fact, the Shrine, where Masses are regularly celebrated ad orientem, but not on TV due to the norm in Birmingham.  I recall wondering if Bishop Baker would lift that when he took over. One thing is for certain: He lifted it for this Mass. I'm sure it scandalized no one.

The choir hit more grand slams in that Mass with their beautiful choral pieces. I thought they were from SJC, but got a note saying the singers were made up locals in Alabama, not all necessarily Catholic, but offering their voices for Mother.  The music choices couldn't have been better.  Mother must beaming.  Not long ago we saw a beautiful Mass at the funeral of Justice Scalia that everyone talked about.  This one will also be much discussed for it's beauty and eloquence.

Later, I'll post what Fr. Perrone had to say about Mother Angelica in his column for this Sunday.  [Update: Here is Fr. Perrone's column, embedded in one of my later posts]

Snapshots from the live feed in EWTN's iPhone app.  I'll come back and add a video link once it is available. EDIT: Watch full Mass here. 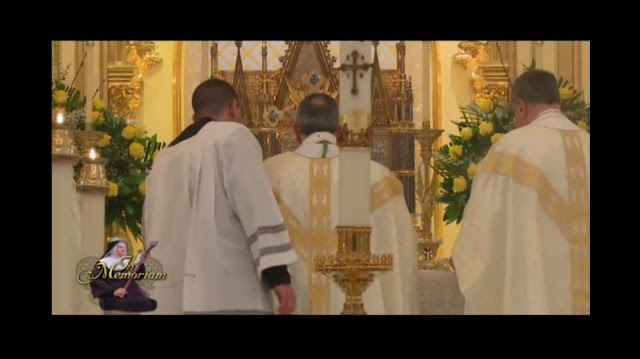 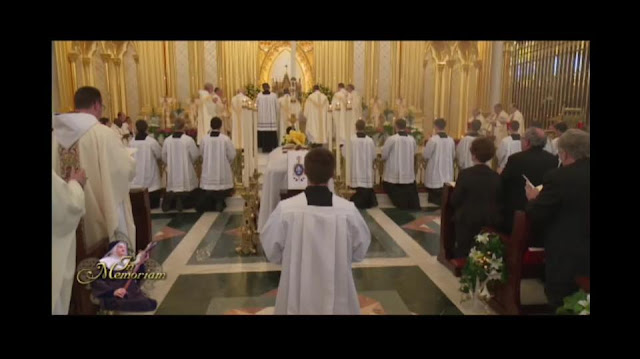 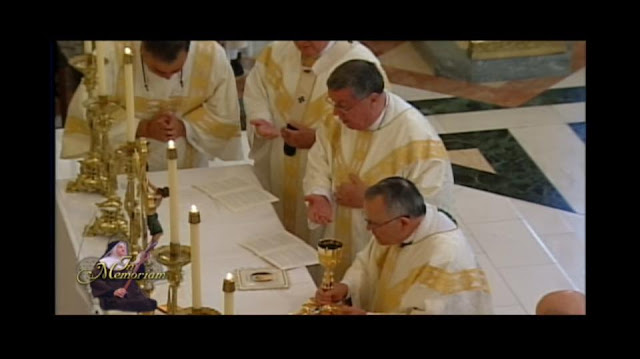 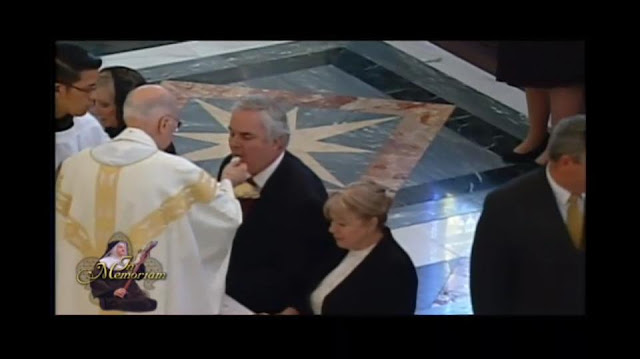 Note: The recommended links below are automatically generated by the tool, so they are not necessarily related content.
Posted by Diane Korzeniewski at 1:51 PM