The "Fr. John Hardon Years at Grotto" comes to a close as his library moves to Missouri 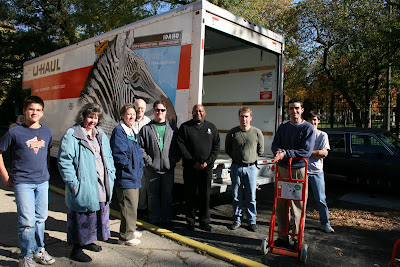 Fr. Eugene Morris (center) from Kenrick-Glennon Seminary who came to haul Fr. Hardon's library to Missouri where it will be studied stands with a group of volunteers.
While an era comes to a close physically, a spiritual one lives on while contributing to a canonical beginning into the cause of sainthood for Fr. John A. Hardon, SJ.

It was bittersweet to watch the late Fr. Hardon's library move to Missouri from Assumption Grotto in Detroit. And, how ironic is it that it all happened on the Feast of all Saints?

As previously discussed in a September of 2006 article in the National Catholic Register called, "St. John Hardon?", the great theologian who is behind more apostolates and efforts than I can count, is having his cause advanced for sainthood. It was bitter to watch the library leave Assumption Grotto, yet sweet to know it was in the best of hands for the most proper of causes.

Archbishop Raymond L. Burke of St. Louis, Missouri, sent Fr. Eugene Morris of the Kenrick-Glennon Seminary to pick up around 500 boxes which had been kept in the room shown below since Fr. Hardon's death. Fr. John Hardon spent his final years working out of an office on the grounds of Assumption Grotto and was a spiritual director to everyone with whom he came into contact, even if only for a moment. Parishioners have shared stories many times with me about how giving he was with his time, never turning down someone in need of spiritual help or assistance in getting some project or apostolate off the ground.

Once full, the shelves are now empty. Many had seen the windows to the library which had overlooked the gym and even I myself wondered what was up there. Nothing was permitted to leave and it was carefully guarded all these years. 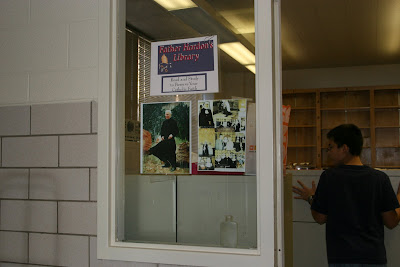 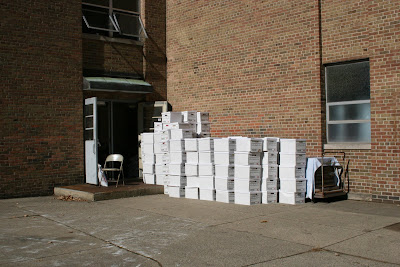 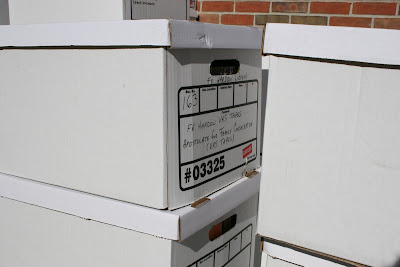 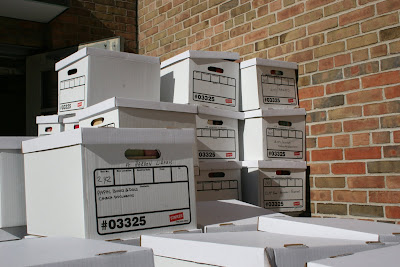 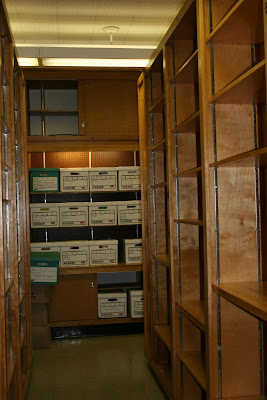 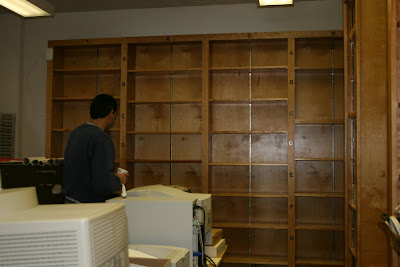 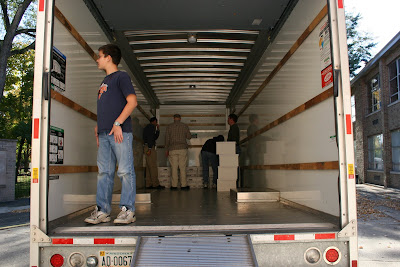 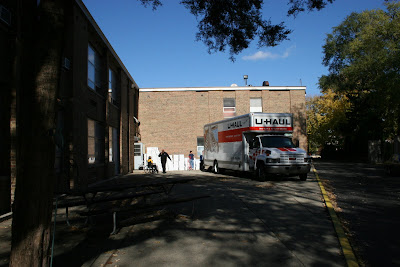 Te Deum Laudamus! Home
Posted by Diane Korzeniewski at 6:26 AM