Vassula Ryden has been a controversial figure in Catholic circles and in the Orthodox Church, as well.  It seems the Ecumenical Patriarchate of Constantinople offered strong words in an announcment.  We have a translation of the original Greek decree from Orthodox Christian blogger John Sanidopolous (and a veil-tip to Rorate-Caeli and Luke Coppen of the UK Catholic Herald).  It reads, in part (link added for clarity): 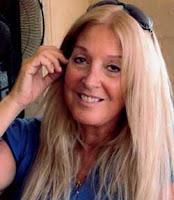 In this spirit, and for the beneficial protection of our pious Orthodox plenitude from dangerous spiritual confusion, who do not know well matters underlying the risk of delusion, rejects from the Mother Church Vasiliki Paraskevis Pentaki - Ryden, widely known as "Vassula", and her organization founded under the title "True Life In God" which rashly and frivolously proposes teachings based on the supposed "direct dialogue between her and the Founder of the Church Jesus Christ our Lord", and those conquered by her and the supporters of "True Life In God", which deviate arbitrarily from the God-given teaching of the Church, but also scandalize the Orthodox phronema of pious believers.

Hence, we call upon the proponents of these unacceptable innovations and the supporters who maintain them, who henceforth are not admitted to ecclesiastical communion, not only to not be involved in the pastoral work of the local Holy Metropolis, but also to not preach their novel teachings, to prevent the appropriate sanctions under the Holy Canons.


We express, lastly, the profound sorrow of the Ecumenical Patriarchate of the acts of nine - fortunately few - clergy of the Orthodox Church to be found at talks of the said "Vassula" and give to her a "certificate of Orthodoxy."


At the Patriarchate, the 16th of March 2011
Of the Chief Secretariat of the Holy and Sacred Synod

Not an ounce of ambiguity - the kind that results in "loop-hole justifications" to persist.
Richard Chonak opines, after extracting something interesting from the Holy See's 1995 notification:

So it's good to see that Mrs. Ryden has fostered Christian unity: she has brought the Holy See and the Patriarch of Constantinople together to condemn her heresies!


The obedient are not held captive by Holy Mother Church; it is the disobedient who are held captive by the world!
Note: The recommended links below are automatically generated by the tool, so they are not necessarily related content.
Posted by Diane Korzeniewski at 9:36 PM